Fitness equipment maker Nautilus (NLS) announced its fourth quarter 2017 results. Sales came in at $127.8 million, which inched up 1.6% compared to the prior year period. Sales in the Direct segment increased 10% due to improved sales across the board, while Retail segment slipped 7.5% due to slump in the specialty and commercial side of the business.

Operating expenses spiked up 43.9% to $56 million mainly due to an $8.8 million impairment charge related to the Octane Fitness brand value. The company’s Board has approved $15 million stock repurchase program, which would bring the total repurchases to $30 million. 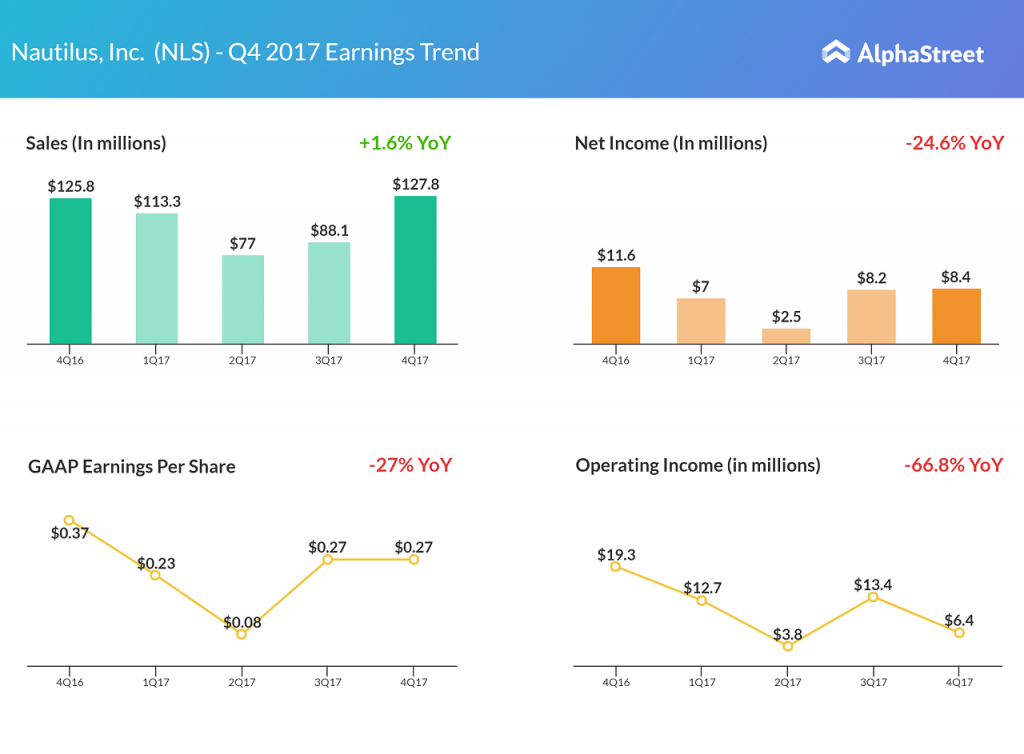 Revenue remained flat at $406.2 million with Direct segment sales declining 2.5%, while sales in Retail improving 3.3%. Operating income plummeted 32% to $36.3 million. The decrease in operating income compared to the fiscal 2016 was mainly due to the asset impairment charge, lower margins and increased advertising expenses.