Netflix, Inc. (NASDAQ: NFLX) Thursday said it added 8.3 million paid members in the December quarter. Revenues increased and matched estimates, aided by the relaxation of COVID restrictions and resumption of production. The OTT giant’s profit rose sharply during the period and topped expectations. 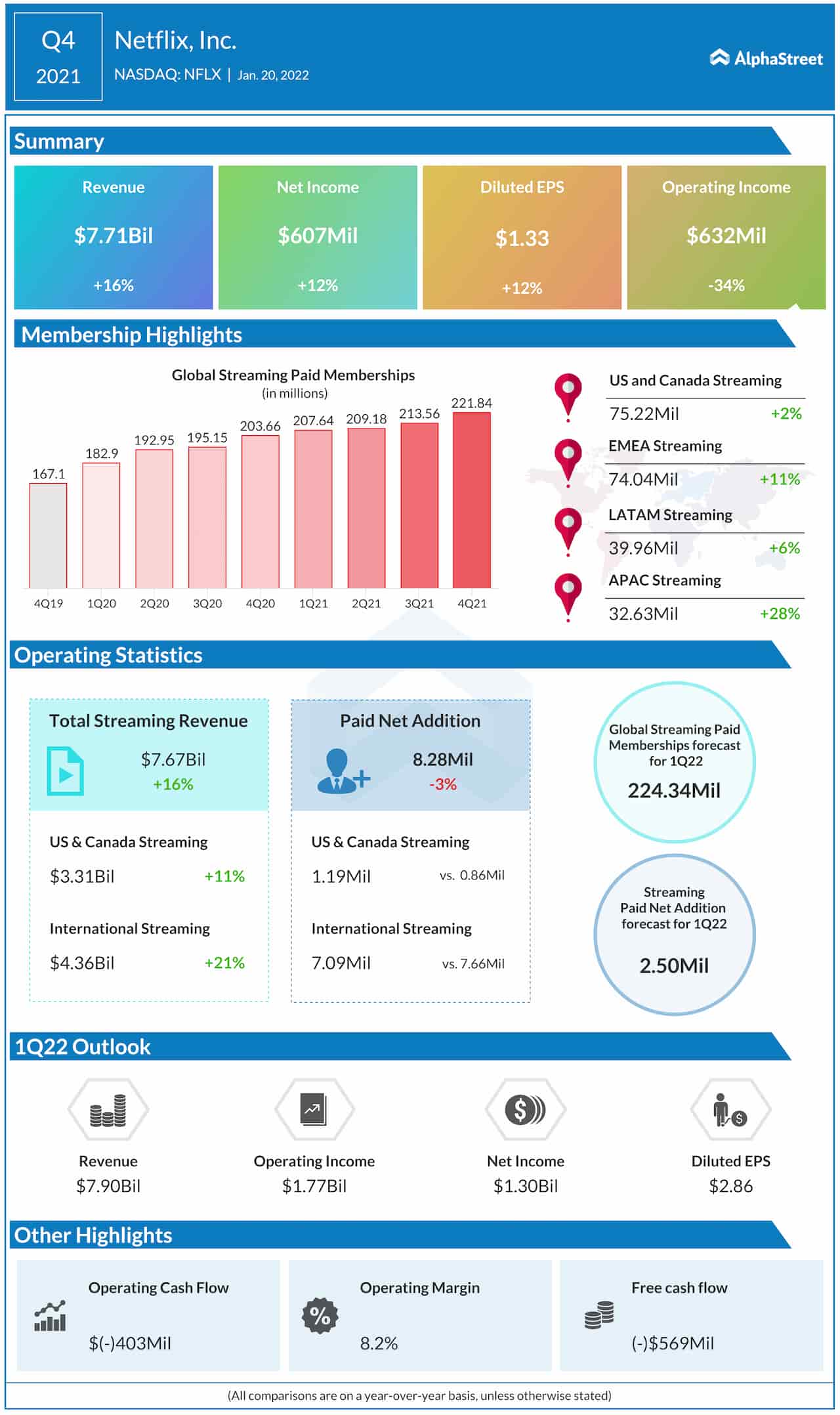 After a period of smaller-than-expected content slate due to a drop in production, the Los Gatos-based video streaming platform added around 8.3 million new subscribers in the final three months of fiscal 2021. That brought its total subscriber number to 221.8 million, which is up 9% year-over-year.

The membership growth translated into a 16% rise in total revenues to $7.71 billion. It is in line with the consensus estimate.

The company generated $607 million or $1.33 per share of net profit during the three-month period, compared to $542 million or $1.19 per share in the fourth quarter of 2020. The bottom-line came in well above experts’ projection.

Netflix’s stock has been on a downward spiral after peaking in mid-November. It has lost 13% so far this year. The shares closed Thursday’s trading lower and lost further during the extended session soon after the announcement.