Income from continuing operations plunged by 100% to $1 million or breakeven per share. The results were hurt by integration costs associated with the Newmont Goldcorp and Nevada joint venture transactions, costs incurred while Penasquito and Musselwhite mines were not operational, and a prior-year gain from the sale of royalty portfolio in June 2018. Adjusted earnings plummeted by 54% to $0.12 per share.

Revenue jumped by 36% to $2.26 billion for the quarter primarily due to higher sales volumes from the Newmont Goldcorp transaction. 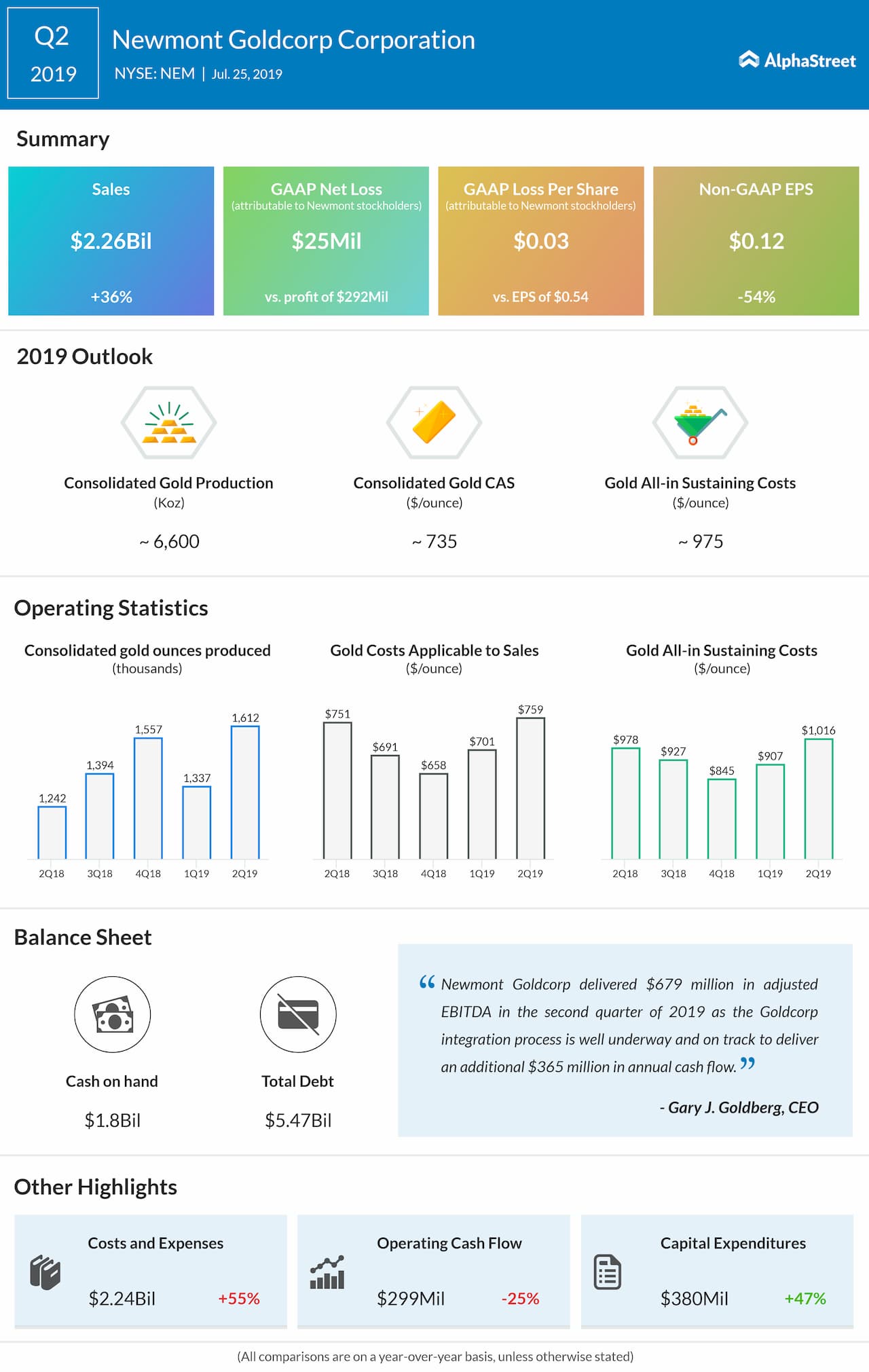 Gold CAS increased 35% to $1,245 million. Gold CAS per ounce was in line with the prior year quarter at $759 per ounce as higher ounces sold and lower stockpile and leach pad inventory adjustments were offset by lower production at Penasquito as a result of the blockade, and increased costs at other sites. Gold AISC rose 4% to $1,016 per ounce on higher
sustaining capital spend.

Attributable gold production jumped by 37% to 1.59 million ounces for the quarter primarily due to new production from the acquired Goldcorp assets and higher grades at Merian and Tanami, slightly offset by lower grades at KCGM and Boddington.

The company ended the quarter with $1.8 billion cash on hand and net debt of $4.9 billion, supporting an investment-grade credit profile. Newmont Goldcorp paid a one-time special dividend of $0.88 per share, and declared a second-quarter dividend of $0.14 per share, which is payable on September 26, 2019, to holders of record on September 12, 2019.

Shares of Newmont Goldcorp ended Wednesday’s regular session down 0.81% at $39.30 on the NYSE. Following the earnings release, the stock declined over 3% in the premarket session.