Newmont reported its fourth-quarter results as higher yellow metal sales and improved prices pushed sales 8% higher to $1.94 billion from a year ago. The company’s board declared $0.14 per share as the dividend for the quarter.

The gold miner recorded a $346 million charge due to changes in deferred tax assets and liabilities and a restructuring fee of $395 million. For the quarter, gold all-in sustaining costs (AISC), a key metric tracked by the Street, rose 5% to $968 per ounce. 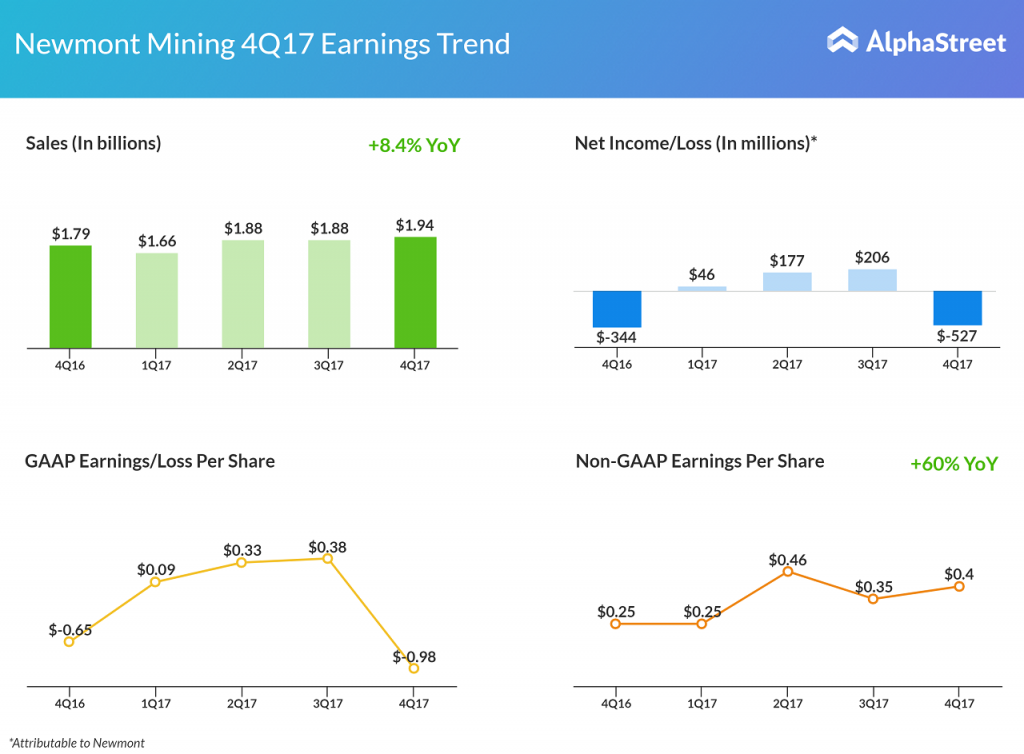