Earnings of semiconductor giant Nvidia Corp. (NVDA) surged and topped estimates in the third quarter of 2019 when all the operating segments registered double-digit revenue growth. Meanwhile, total reported revenues and the outlook for the fourth quarter fell short of expectations, driving the company’s stock down 16% in the after-hours trading Thursday.

Revenues moved up 21% annually to $3.18 billion helped by a 58% growth in the Datacenter business, which reflected the robust demand for the company’s artificial intelligence solutions. The other segments – Professional Visualization, Gaming and Auto – also registered double-digit growth. 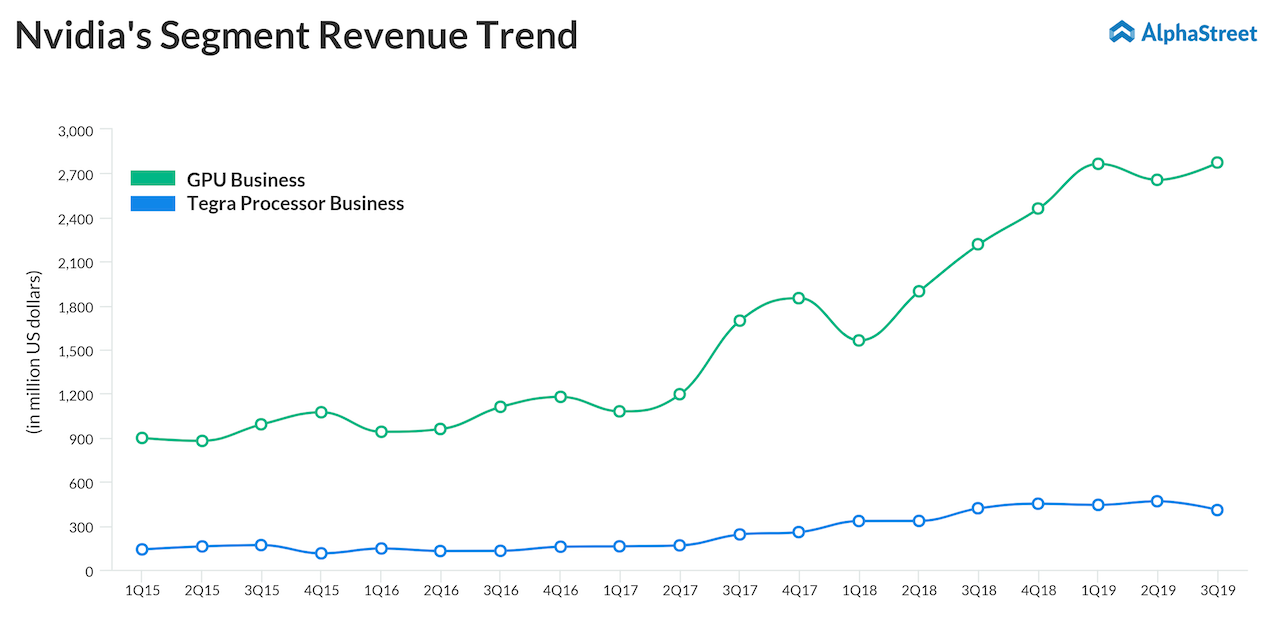 “Our market position and growth opportunities are stronger than ever. During the quarter, we launched new platforms to extend our architecture into new growth markets – RAPIDS for machine learning, RTX Server for film rendering, and the T4 Cloud GPU for hyperscale and cloud,” said CEO Jensen Huang.

Looking ahead, the management expects fourth-quarter revenues to rise 2% year-over-year to $2.7 billion, which is below the consensus Wall Street forecast. Unadjusted and adjusted gross margins are expected to be approximately 62.3% and 62.5%, respectively. The company is looking for operating expenses of $915 million for the January quarter.

Nvidia shares hit a record high in September this year after witnessing several ups and downs. The stock closed Thursday’s regular trading session up 2.6% but lost sharply after the earnings report.