The Santa Clara, California-based company said first-quarter net income more than doubled to $1.24 billion or $1.98 per share from $507 million or $0.79 per share last year, crushing the street estimates. Adjusted earnings jumped to $2.05 per share during the quarter. 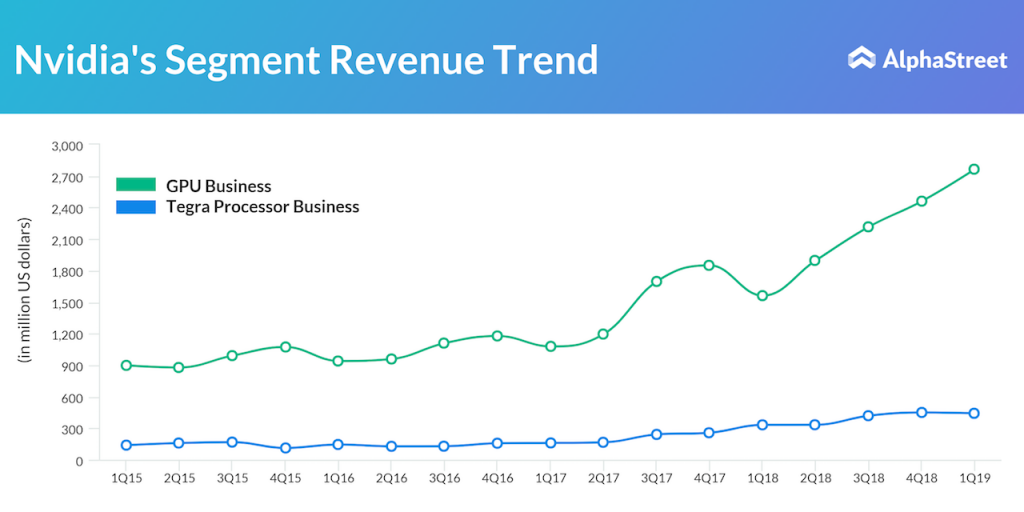 “At the heart of our opportunity is the incredible growth of computing demand of AI, just as traditional computing has slowed. The GPU computing approach we have pioneered is ideal for filling this vacuum. And our invention of the Tensor Core GPU has further enhanced our strong position to power the AI era,” said CEO Jensen Huang.

During the quarter, Nvidia returned $746 million to shareholders through a combination of share repurchases and dividends. In the whole of fiscal 2019, the company intends to return $1.25 billion to stockholders. It is looking for revenues of around $3.10 billion for the second quarter. Unadjusted and adjusted gross margins are expected to be 63.3% and 63.5%, respectively, in the second quarter.

While expanding its core business involves the development of graphics processors for PCs and gaming consoles, the graphics-chip maker has made large strides in making chips for automated vehicles, cloud data centers, and artificial intelligence applications.

Meanwhile, there are apprehensions that the recent setback suffered by the autonomous transport segment, following accidents involving the driverless cars of Tesla (TSLA) and Uber, could have a ripple effect on Nvidia’s operations in that area.