Phillips 66 (NYSE: PSX) reported a 6% increase in earnings for the second quarter of 2019 helped by lower income tax expense as well as a decline in costs and expenses. The results exceeded analysts’ expectations. 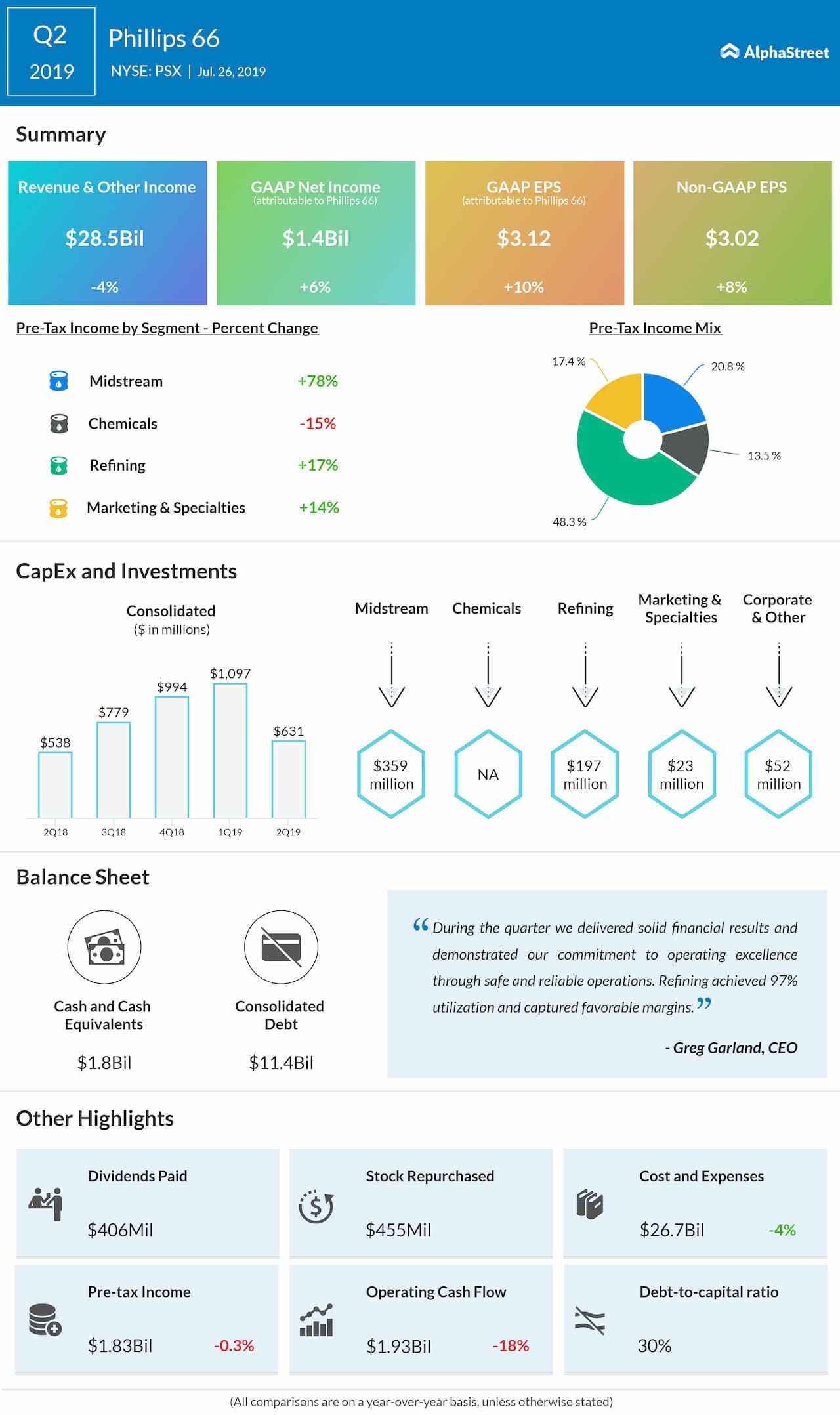 Refining achieved 97% utilization and captured favorable margins. Midstream delivered record results, and at PSXP the company is simplifying the capital structure with the elimination of IDRs.

For the second quarter, income from Midstream jumped by 78% year-over-year to $423 million helped by rises in Transporation, NGL and Other, and DCP Midstream. Income from Marketing and Specialties increased by 14% to $353 million driven by higher marketing and other. However, income from Chemicals decreased by 15% to $275 million and that from Refining dropped by 17% to $983 million, due to declines in Gulf Coast and loss in West Coast.

During the quarter, Phillips 66 funded $406 million of dividends, $455 million of share repurchases and $631 million of capital expenditures and investments. The company ended the quarter with 449 million shares outstanding. The company increased quarterly dividend by 12.5% to $0.90 per common share.

In Midstream, Phillips 66 announced a joint venture to construct the Liberty Pipeline that will provide crude oil transportation from the Rockies and Bakken production areas to Cushing, Oklahoma.

Phillips 66 also announced a joint venture to construct the Red Oak Pipeline system that will provide crude oil transportation from Cushing and the Permian Basin to multiple destinations along the Gulf Coast, including Corpus Christi, Ingleside, Houston and Beaumont, Texas.

Shares of Phillips 66 ended Thursday’s regular session down 0.83% at $101.57 on the NYSE. The stock has fallen over 9% in the past year while it has risen over 6% in the past three months.