Hydrogen fuel cell maker Plug Power Inc (PLUG) reported a 75% increase in its second-quarter revenue to $39.9 million, in line with the guidance set by the company. The company reported a narrower net loss of $25.8 million or $0.12 per share, compared to the year-over period. On an adjusted basis, loss per share was $0.08, in line with analysts estimates.

For Q3 2018, the company expects sales to be about of $47 million to $52 million. The company forecasts a range for positive adjusted gross margin of 9% to 12% and EBITDAS of negative $3 million to break even. For the full year 2018, Plug Power anticipates revenues to total $155 million to $180 million. 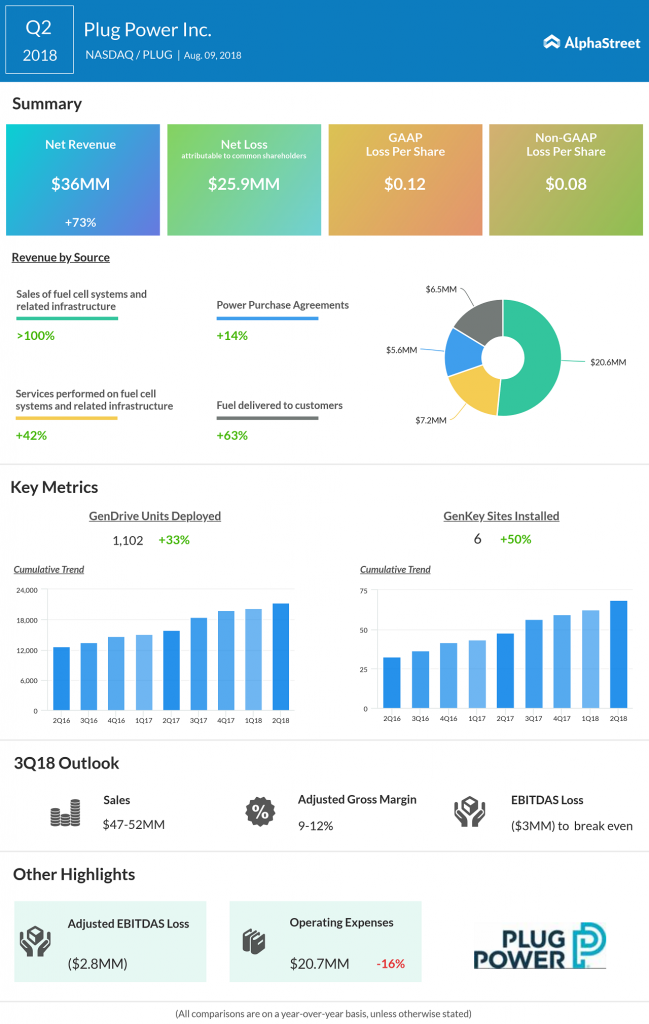 The company’s priority remains being an EBITDAS-breakeven business in the second half of 2018 as well as one that is positioned to be cash flow and EBITDAS positive from next year. 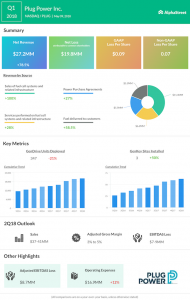