The New York-based firm reported an adjusted loss of $0.08 per share for the quarter, wider than the $0.07 per share loss recorded last year. The outcome matched the Street view.

Meanwhile, net revenues grew 6% annually to $56.38 million during the quarter, but fell short of expectations. Around 68% of the total gross billings was associated with company’s subscription program. 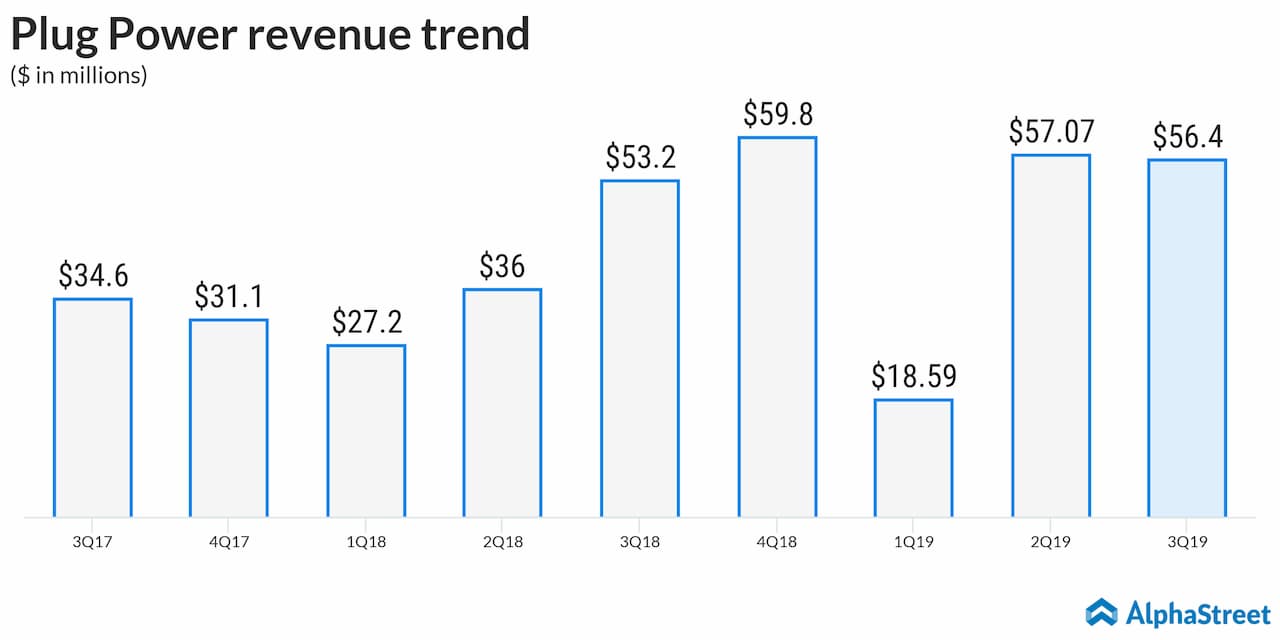 The management reaffirmed its guidance for full-year gross billings in the range of $235 million to $245 million and provided detailed five-year plan with an annual target of $1 billion gross billings by 2024.

The annual targets for operating income and adjusted EBITDA are $170 million and $200 million, respectively. The management signed a channel partnership agreement with ENGIE to expand hydrogen use in logistic sectors across more than 50 countries to end-users in distribution centers, manufacturing facilities and logistics.

Plug Power shares declined early Thursday, immediately after the earnings report. The stock has gained 86% since the beginning of the year.