Kinder Morgan (KMI), which controls North America’s largest network of natural gas pipelines, reported a 20.9% jump in first-quarter earnings on almost flat revenue. Net earnings rose to $485 million from $401 million, while earnings per share jumped 22.2% to $0.22. The earnings bump was helped by the performance of the company’s natural gas and Co2 business units. Kinder Morgan beat analysts’ EPS estimates for the quarter, while missed on revenue estimates.

The company raised its dividend by 60% to $0.20 per share from the earlier dividend of $0.1250. For the first quarter, Kinder Morgan reported distributable cash flow (DCF) of $0.56 per share, up 4% year-over-year, resulting in $804 million in excess DCF above the company’s dividend.

KMI completed about $700 million of projects in the quarter while adding about $900 million of new projects to its backlog during the first quarter.

“Even with the substantial dividend increase, we still expect to internally fund all of our growth capital with some excess remaining. During the first quarter, we made substantial progress on the Elba Liquefaction Project and began work on the Gulf Coast Express Project. We had very good commercial and operating performance,” said CEO Steve Kean.

Kinder Morgan sees DCF and Adjusted EBITDA meeting or exceeding its targets for the year. The company also expects to invest $2.3 billion in growth projects, up $100 million from what was budgeted and is to be funded with internally generated cash flows alone. 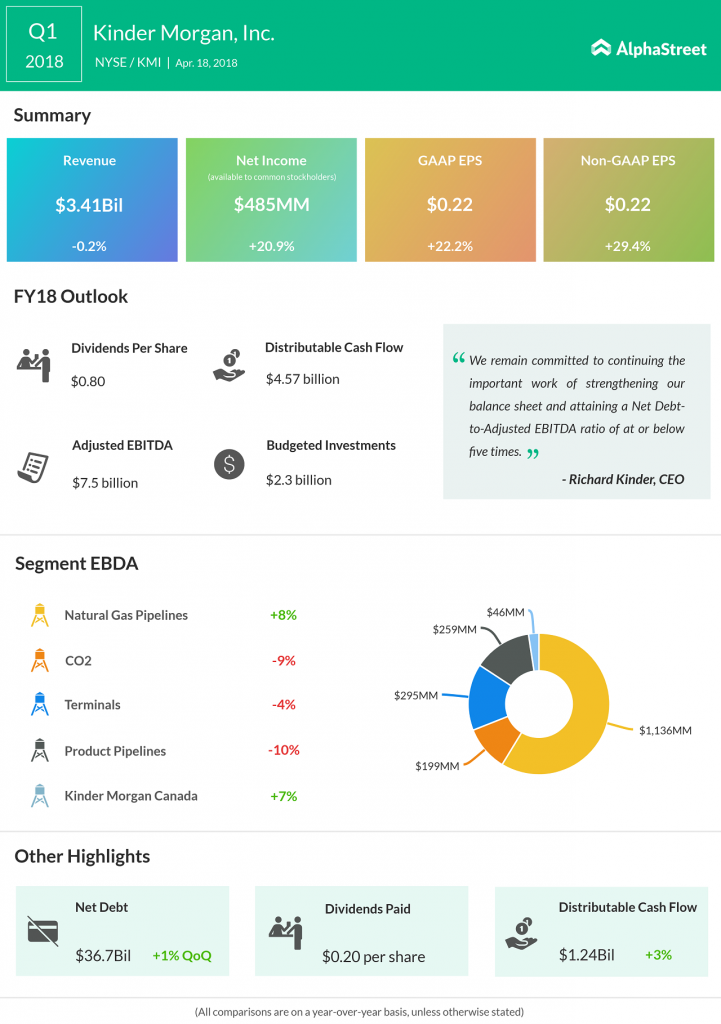