Salesforce (CRM) is among the few Wall Street companies that are used to consistently setting new records. The primary factor that makes the cloud computing company a standout in the bourses is its impressive financial results that regularly beat market expectations as well as positive outlook.

The stock surged to a record high this week even as the San Francisco, California-based company announced its decision to invest about $2.5 million in the United Kingdom, at a time when Prime Minister Theresa May is struggling to clinch the controversial Brexit deal. The investment, to be made over the next five years, comes as a morale booster for the British government amid concerns about the potential impact of Brexit on foreign investment. 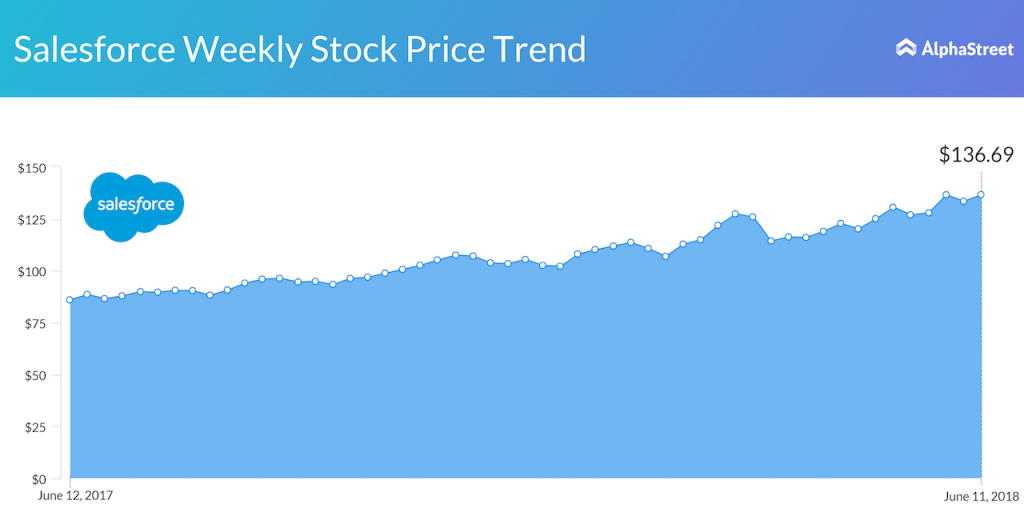 As part of the expansion plan, Salesforce had recently set up its first European innovation center in London. Currently, employee hiring and capacity expansion of data center are in the pipeline. The company is on track to launch its second data center in the UK next year. It is expected that Salesforce, together with its customers and partners, will generate over $65 billion of new revenues in the UK by 2022.

Salesforce announced its decision to invest $2.5 million in the UK ahead of the crucial Brexit meet

“The UK is Salesforce’s largest market in Europe and our commitment to driving growth, innovation and customer success in the region has never been stronger. With this significant investment, we are well positioned to pursue the incredible opportunity for Salesforce, our customers and partners in the British market,” said CEO Marc Benioff.

Salesforce’s flagship CRM software is one of the most widely used platforms in the business world across the globe. The company’s impressive quarterly results and growth targets have earned it a good reputation among analysts, resulting in frequent upgrades and high ratings. Salesforce often finds itself at the top spot in industry rankings, primarily owing to its never-ending zest for business expansion and asset acquisition.

All these factors have contributed to the outstanding stock rally over the years. Salesforce stock closed the last trading session up 1.7% and continued to gain in the early trading hours Wednesday.