Storage device maker Seagate Technology (STX) continues to ride the wave of rapid adoption of cloud computing across industries, and reported above-consensus earnings for the fourth quarter. The company’s stock gained more than 3% soon after the earnings announcement Monday. 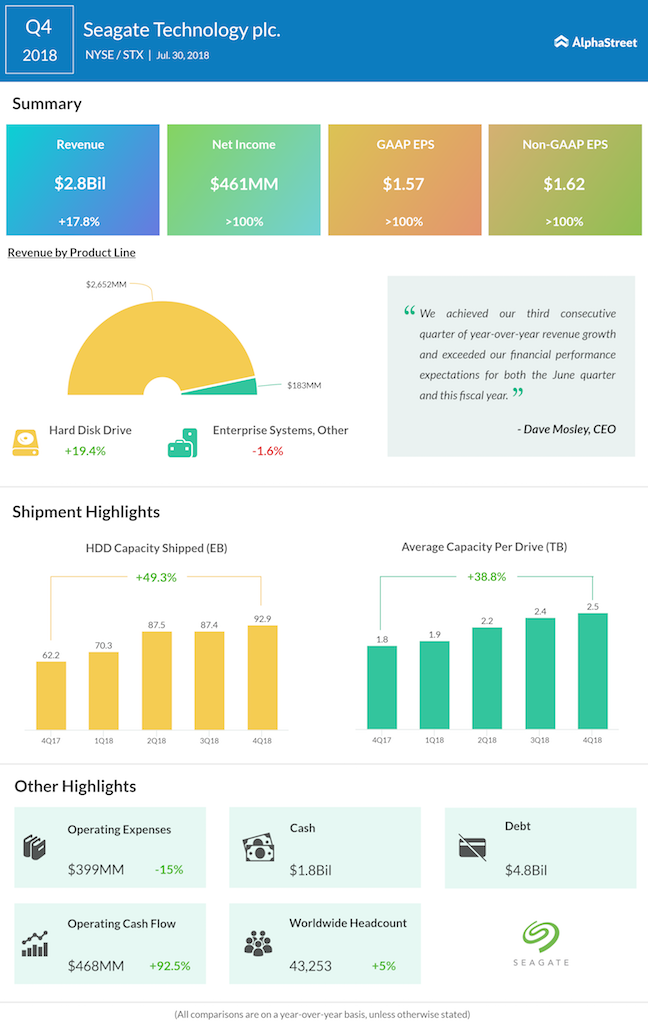 At $2.84 billion, revenues were higher by 17.8% compared to the same quarter last year and broadly in line with expectations. The top-line increased for the third successive quarter, and came in above the management’s guidance. Revenues and margins benefitted significantly from a further sharp increase in demand and the favorable pricing environment.

The Cupertino, California-based company shipped about 93 exabytes of storage capacity during the three-month period, up 49% compared to last year. Average capacity per drive climbed 39% to $2.5 terabytes.

Western Digital (WDC), which competes with Seagate in the storage market, last week reported higher revenues and earnings for its fourth quarter, which far exceeded expectations.

Seagate’s Shares are up 27% since the beginning of the year. The stock, which lost more than 2% in premarket trading Monday, rebounded after the earnings announcement.