Shake Shack (NYSE: SHAK) reported a 27% dip in earnings for the first quarter of 2019 due to higher costs and expenses as well as an increase in income tax expense. However, the results exceeded analysts’ expectations. The company raised its revenue guidance for the full year 2019. 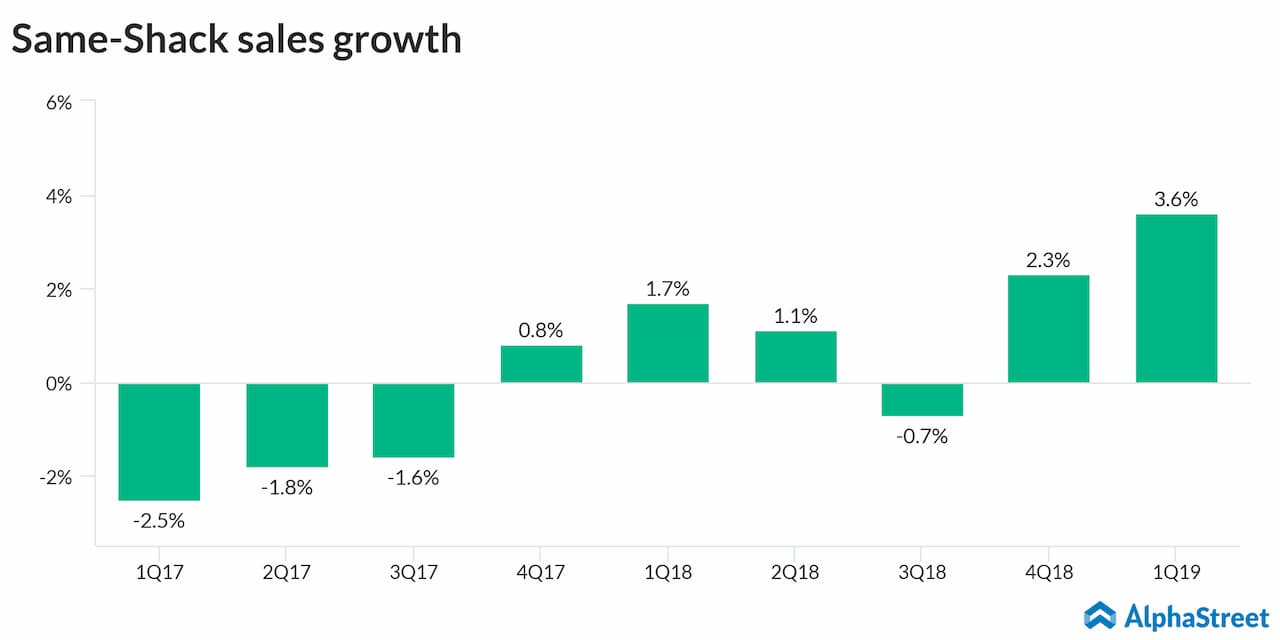 Same-Shack sales increased by 3.6% versus a 1.7% growth in the previous year quarter. This increase consisted of a 1.6% rise in guest traffic and a combined growth of 2% in price and sales mix. The comparable Shack base includes those restaurants open for 24 full fiscal months or longer. For the first quarter, the comparable Shack base included 66 Shacks versus 44 Shacks a year ago.

Looking ahead into the full year 2019, the company lifted its total revenue outlook to the range of $576 million to $582 million from the prior range of $570 million to $576 million. The same-shack sales growth forecast is raised to the range of 1% to 2% from the previous range of 0% to 1%. The company continues to expect opening 36 to 40 domestic company-operated Shack stores and 16 to 18 licensed Shack stores during the full year 2019.

For the first quarter, the average weekly sales for domestic company-operated Shacks decreased to $79,000 from $81,000 a year ago, primarily due to the addition of newer Shacks at a broader range of average unit volumes.

During the quarter, Shake Shack closed two international licensed Shacks, World Trade Center in UAE and Avia Park in Russia. Subsequent to the end of the quarter, the company opened three domestic company-operated Shacks and three licensed Shacks, including its first Shack in Singapore, located in the brand new Jewel Changi Airport.

Shares of Shake Shack ended Thursday’s regular session up 3.15% at $62.91 on the NYSE. Following the earnings release, the stock inched up over 7% in the after-market session.