SmileDirectClub goes public; opens 11% below its IPO price of $23

Dentistry company SmileDirectClub (NASDAQ: SDC) opened at $20.55, down 11% from its IPO price of $23 on its debut day. The five-year old start-up company set the IPO price range between $19 to $22 early this month and fixed the pricing at $23 yesterday. By selling 58.5 million shares of its Class A stock, the company’s plan was to raise about $1.3 billion from the IPO proceedings.

The Nashville, Tennessee-based firm generates revenues by providing clear aligners to its customers without in-office visits. SmileDirectClub has a network of licensed dentists and orthodontists who provide their service through the company’s teledentistry platform called as SmileCheck.

SmileDirectClub has opened over 300 retail stores (SmileShops) across the U.S., Puerto Rico, Canada, Australia, and the U.K. The company also had joined hands with prominent retailers such as CVS and Walgreen to open SmileShops. 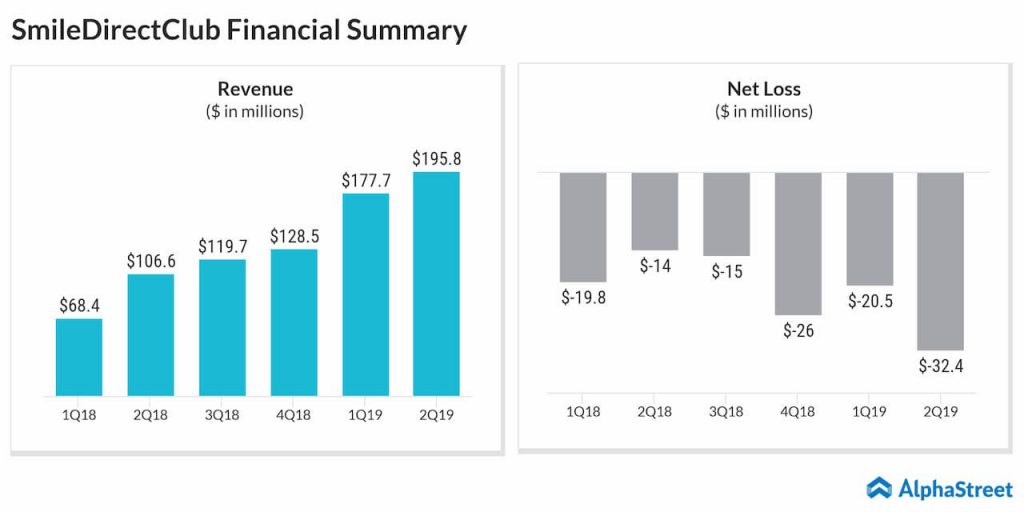 Also read: Nine IPO stocks that have given 100+% returns

SmileDirectClub’s stock movement didn’t create smile on its investors’ faces as it plunged down about 15% from its IPO price in the first half an hour of trading. Rival Align Technology’s stock was down about 2% at 12:30 PM ET.