Snap Inc. (SNAP) reported its first quarter 2018 results on Tuesday which were not impressive enough despite growth in both consolidated and advertising revenues. Shares took a sharp dive downwards following the results. Snap’s redesign of its Snapchat app has not gone down well with users and the company appears to be pondering a change of plan. Snap stock plummeted around 20% today.

The social media company saw slower growth in daily active users during the first quarter versus the fourth quarter. CEO Evan Spiegel said the company will tweak the new design in such a way that users would find satisfactory. He added that Snap is rebuilding the app for its Android users who are experiencing much more difficulty post the new design.

Analysts seem to be divided on Snap’s upcoming stock performance. Some analysts believe the stock will underperform even though its revenue growth rate is similar to that of Facebook (FB). There are others who hold an outperform rating encouraged by the company’s new product initiatives. Several analysts have cut their price targets.

Analysts are predicting that mismanagement would have a negative impact Snap’s advertising business and lack of sufficient investments would hold Snap back while Instagram continues its rapid growth. Instagram reported a 63% increase in profit along with growth in users last week. Some analysts do not expect Snap to generate positive cash flow until 2022.

Snap’s new software-based auction system for its advertising business will hurt revenue in the short term as this system makes it less expensive to buy ads on Snapchat. Ad prices dropped 65% year-over-year during the first quarter.

Earlier this year, Kylie Jenner knocked off $1 billion from Snap’s value with a single tweet. The earnings release appears to have taken out another $4 billion from its value. Snap needs to get into full damage control to pick itself back up again and do so fast. 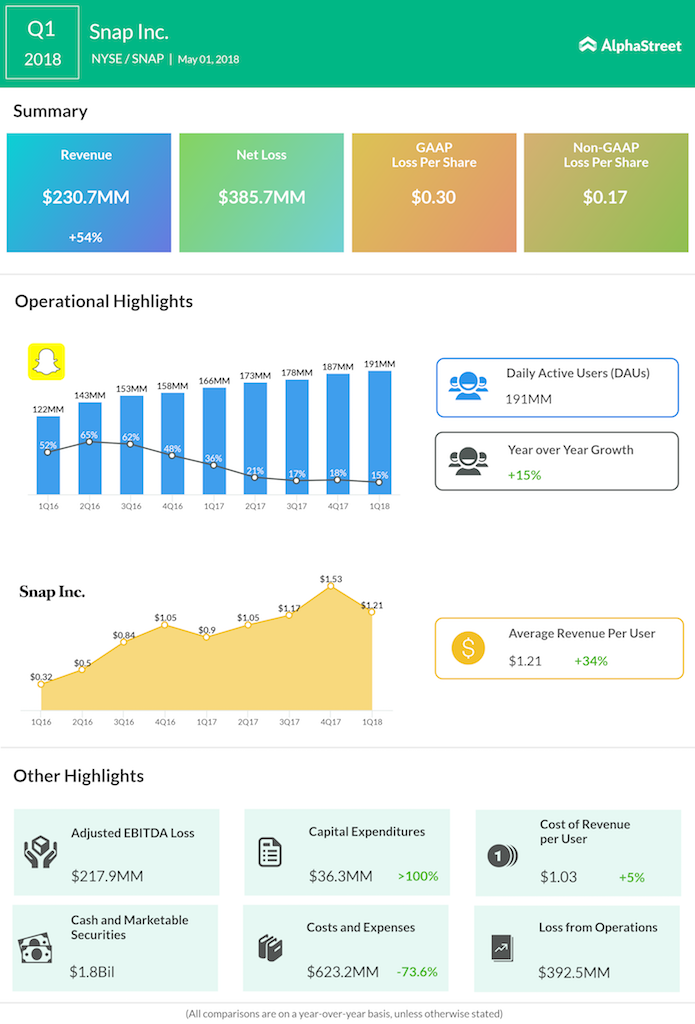