The three major social media companies – Facebook (FB), Twitter (TWTR) and Snap (SNAP) –  reported their second-quarter earnings a few weeks ago with mixed results and stock reactions. Let’s take a look at these three companies and how they are doing one month later.

In July, Facebook reported its Q2 2018 results wherein earnings topped estimates, but revenues fell short of the mark despite growing 42% to $13.2 billion. Earnings rose 32% to $1.74. Advertising revenue growth came in line with expectations at 42% with the majority of the ad revenue coming from mobile advertising.

Shortly after the release, the stock dropped 9% and went on to crash more than 20% in later hours, recording the most substantial single-day decline ever. Facebook lost close to $120 billion of its market cap in the days after its earnings release. The stock was down more than 16% over the one-month period since the results announcement.

In March, the Cambridge Analytica scandal hit Facebook and shook social media as a whole. During the days following the scandal, Facebook’s shares dropped 9%, and the company lost around $50 billion of market value in two days.

The stock recovered in a couple of days and even climbed 5% when the company reported its Q1 earnings a month later in April. Looking at the period from the scandal until now, the stock is down only 1%. The stock saw a recovery in May and climbed 23% before falling in July.

Facebook provided a weak outlook for the remainder of the year and now, expects slow revenue growth for the third and fourth quarters of 2018. Although the stock is likely to face pressure for some more time going forward and despite the slow user growth especially in the US, as Facebook improves its security and other features, shares might get a lift. 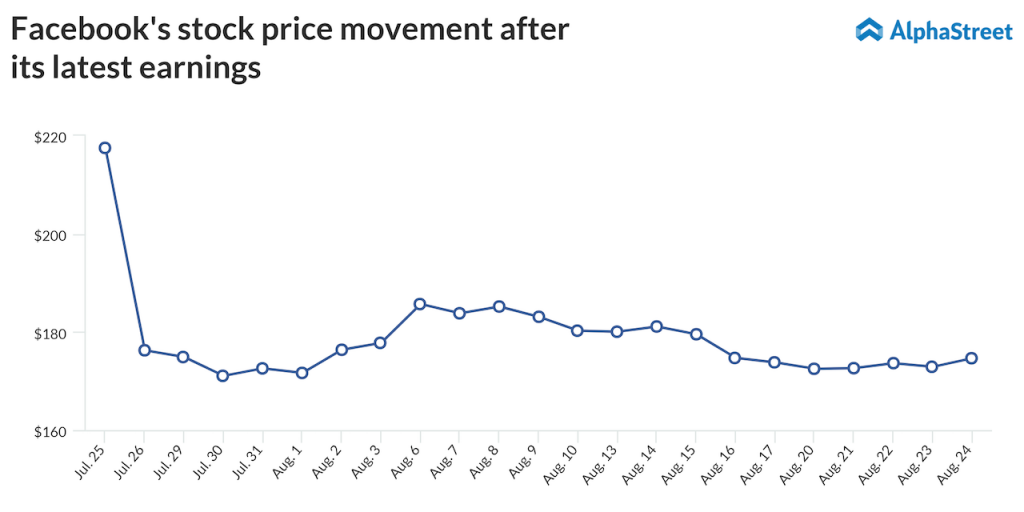 This drop in MAUs, caused partly by the deletion of fake accounts to tackle malicious content, sent the stock crashing 20% after the results release. Over the one-month period since the earnings release, Twitter was down more than 14%.

Last week, the company reiterated its goal to tackle toxic content on its platform. Looking at the past three months, the stock is up 5%; and the past six months, it is up 11%. During the Cambridge Analytica scandal, Twitter’s stock took a hit of 10%.

Twitter’s user growth continues to be an area of concern with many assuming that a sharp increase in the near future is unlikely and the best option in front of the company would be to increase revenues from the existing user base. 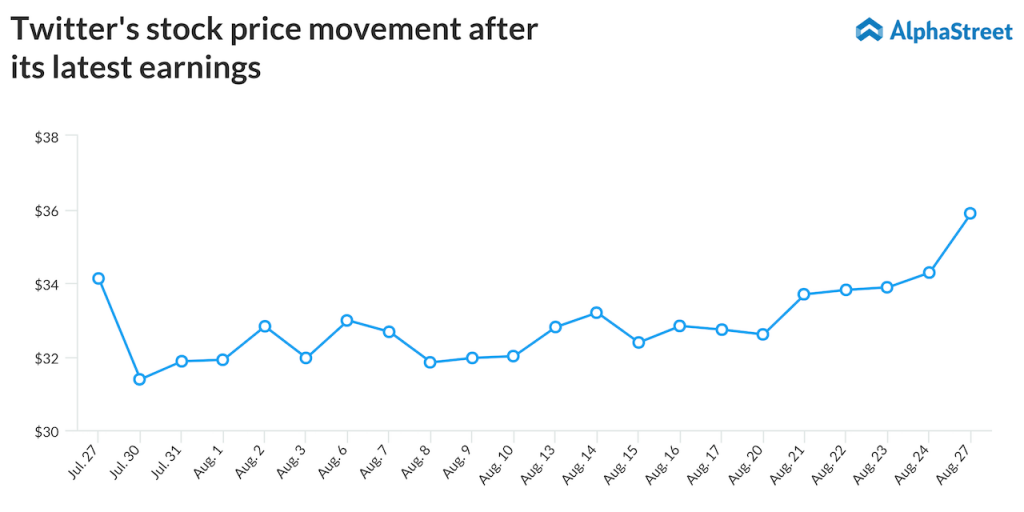 Snap’s shares did not follow the downward path of its rivals but climbed 10% after its results release. Looking at the period from the results announcement till date, the stock is down roughly 16%.

Earlier this year, Snap also took a beating based on criticism from celebrities. First, Kylie Jenner sent the stock falling 8% with a single tweet, wiping out $1 billion in market cap, followed by Rihanna who slammed Snapchat over an offensive advertisement, pushing the stock down 5% and taking out $800 million from the market value. Aside from this, the Cambridge Analytica issue pushed the stock down 2.5%.

Despite a 2.3% stake being acquired by a Saudi prince, Snap does not generate much optimism. The company is still at a loss, and this trend is expected by many to continue. The slowdown in DAUs also does little to create hope.

Snap, while being a victim of its own redesign flaws, has been hurt by Facebook copying a lot of its features and performing better with it. Many experts believe this is an unhealthy trend which is likely to cut Snap in the long run unless the company takes meaningful action. 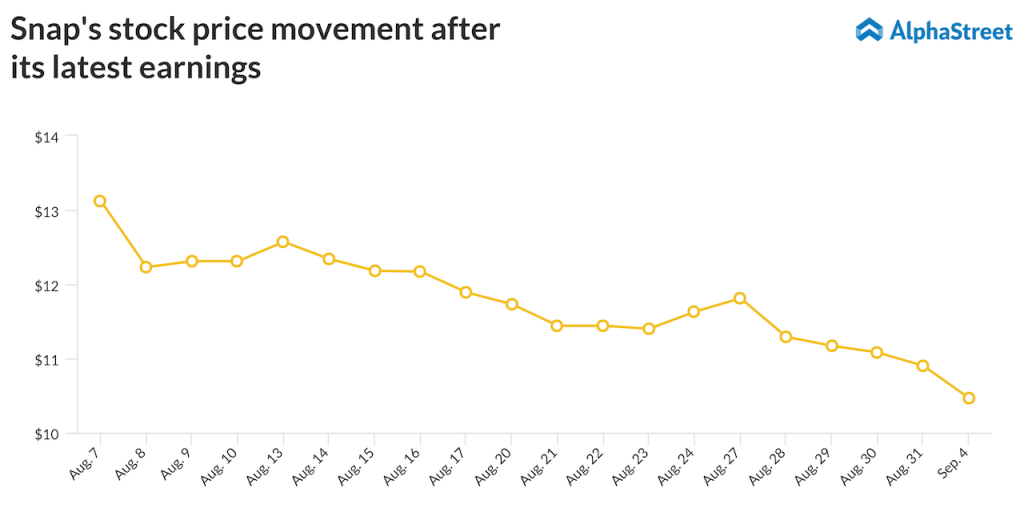