Revenue grew 12% to $319.2 million, excluding certain items. It’s worth noting that the company exited from Australia and New Zealand last year and sold its Ticketfly unit in September. Subscription revenues shot up 61% to $104.7 million, while advertising revenues of $214.6 million slipped 4%. On an adjusted basis, loss of $0.27 per share was hurt by restructuring-related expenses and subsidiary sales.

The music streaming service firm Pandora, which went public in 2011, still struggles to attract the audience. Active listeners were down nearly 6% to 72.3 million over the prior year period. The number of hours listened by subscribers came in at 4.96 billion, decreasing about 5%. 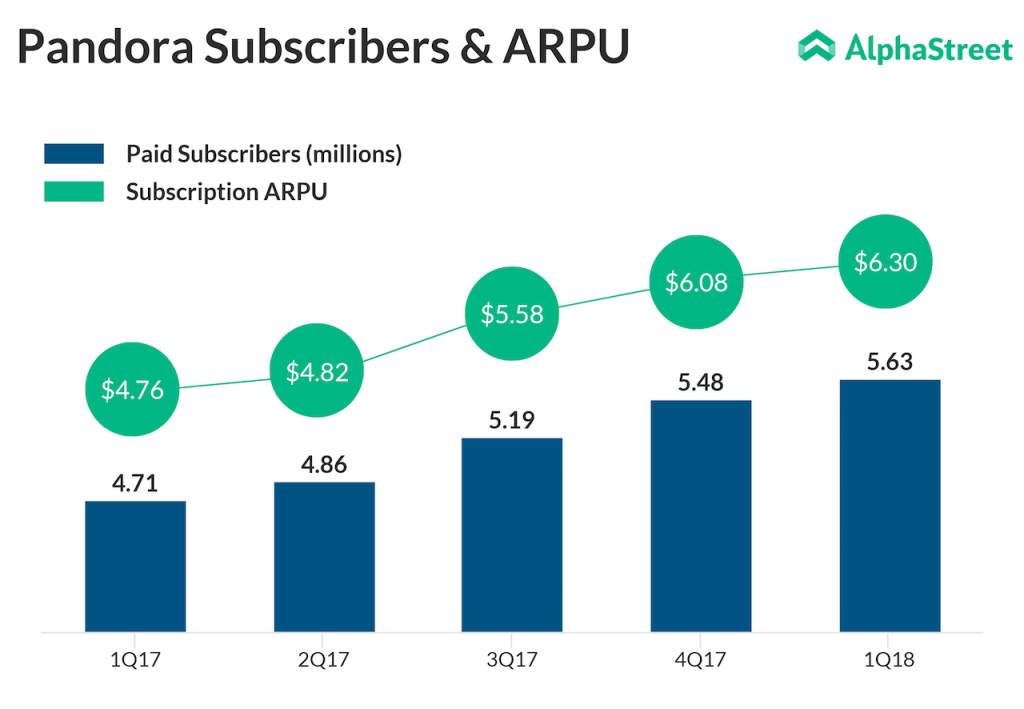 Pandora launched Premium Access in December, which provides users the ability to unlock a Premium song by watching a 15-second ad. The music platform continues to see good traction for this feature. Since launch, nearly 13 million users have used this feature. The growth in the ad-supported model is expected to boost its bottom line offsetting the rise in content acquisition costs.

Last month, the music streaming platform acquired ad tech platform AdsWizz for $145 million. Once the integration is complete, the company believes to beef up its digital advertising by better monetization and serve the advertisers in an efficient way. The company incurred $2.4 million as legal costs due to the acquisition.

Pandora is facing stiff competition from Apple Music and Spotify (SPOT). Spotfiy’s first quarter earnings failed to impress the investors. Add to that the weak outlook pulled down the stock by 11% on Thursday.