— Total revenues rose by 2% to $11.1 billion versus $11.33 billion expected. The results were driven by growth in service revenues partially offset by a decline in equipment revenues primarily due to a decrease in the number of devices sold. 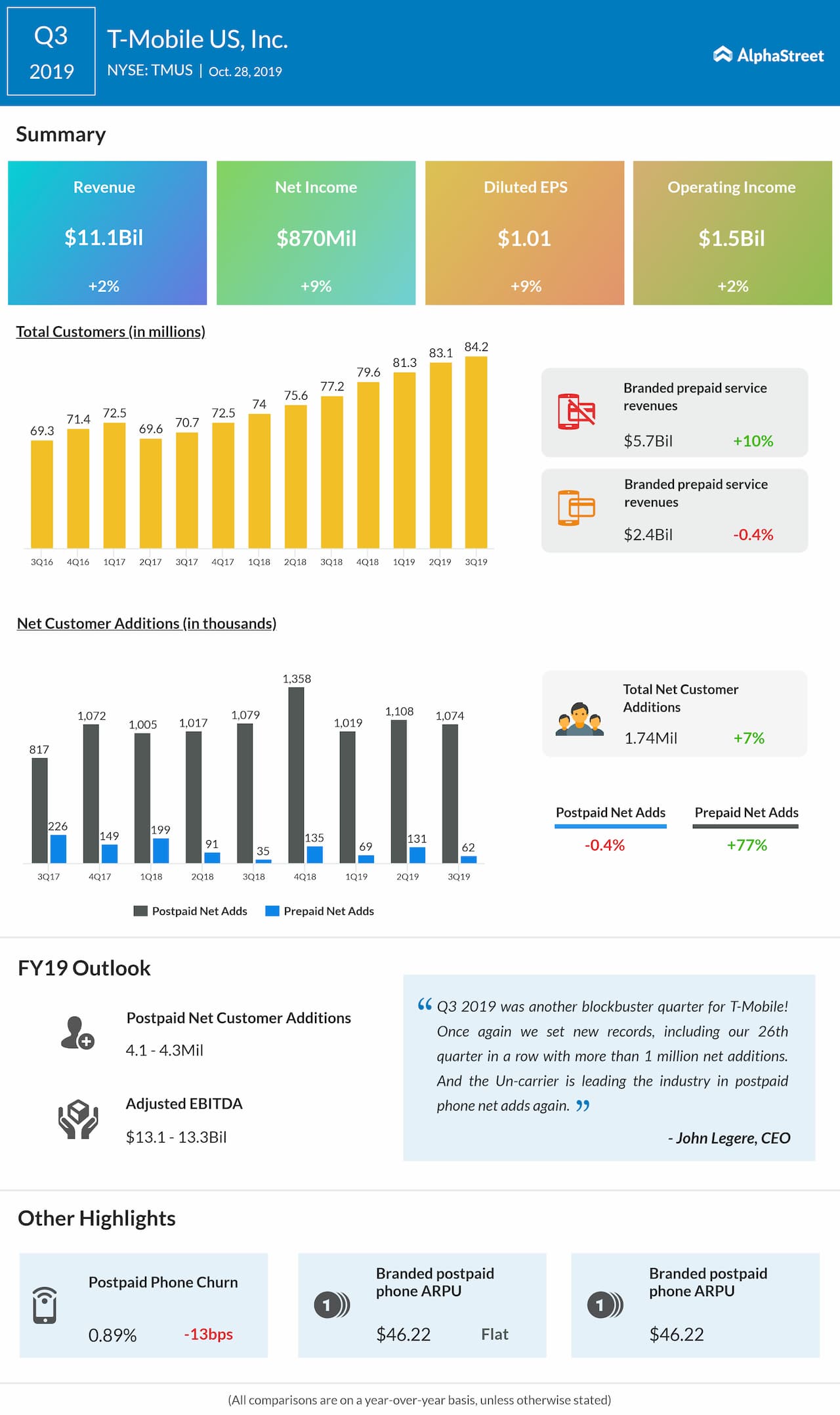 — Total net customer additions increased by 7% to 1.75 million. Total customers at the end of the period increased by 9% to 84.18 million.

— For 2019, the company lifted postpaid net customer additions outlook to the range of 4.1 to 4.3 million from the previous estimates range of 3.5 to 4 million.

— T-Mobile will launch its nationwide 5G network in 2019 in conjunction with the introduction of the first compatible 5G smartphones, including OnePlus 7T Pro 5G McLaren.

— At the end of Q3, T-Mobile owned a nationwide average of 31 MHz of 600 MHz low band spectrum. As of September 30, 2019, the company had cleared 231 million POPs and expects to clear spectrum covering about 275 million POPs by year-end.