Take-Two Interactive (TTWO), the parent of studios that gave us gaming hits such as Max Payne and Grand Theft Auto, posted a 7% slip in net revenue of $388 million for the first quarter of fiscal 2019, generating earnings of $0.62 per share. With both top-line and bottom line beating estimates, the stock rallied more than 7% after market close on Thursday.

The stock had earlier seen itself slip slightly on Wednesday, which was then said to indicate that investors were worried about the future of the video game firm. 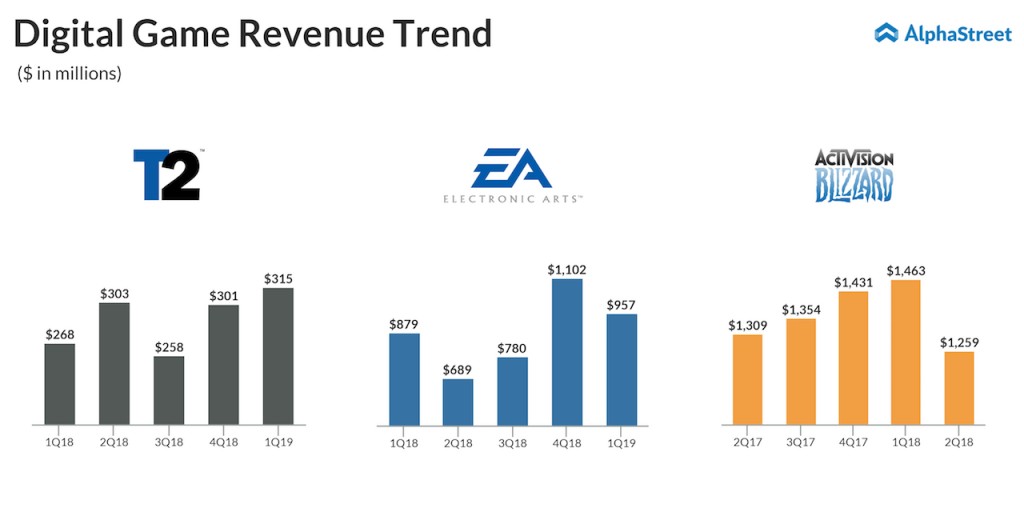 Looking to the future

Take-Two posted an outlook for the second quarter, with an expected net revenue of $480-530 million generating a net income in the range of $50 million to $62 million. The major operational metric, Net Bookings, expected to range from $500 million to $550 million.

For the full fiscal 2019, the gaming giant now sees a net revenue of $2.50-2.60 billion, generating earnings of $169-199 million, or $1.45-1.70 per diluted share. Net cash provided by operating activities is touted to be about $785 million, including a $72 million bump in the fiscal first quarter due to changes in accounting standards. Capital expenditures of the year are expected to about to $60 million, while net bookings are expected to range from $2.70 billion to $2.80 billion. 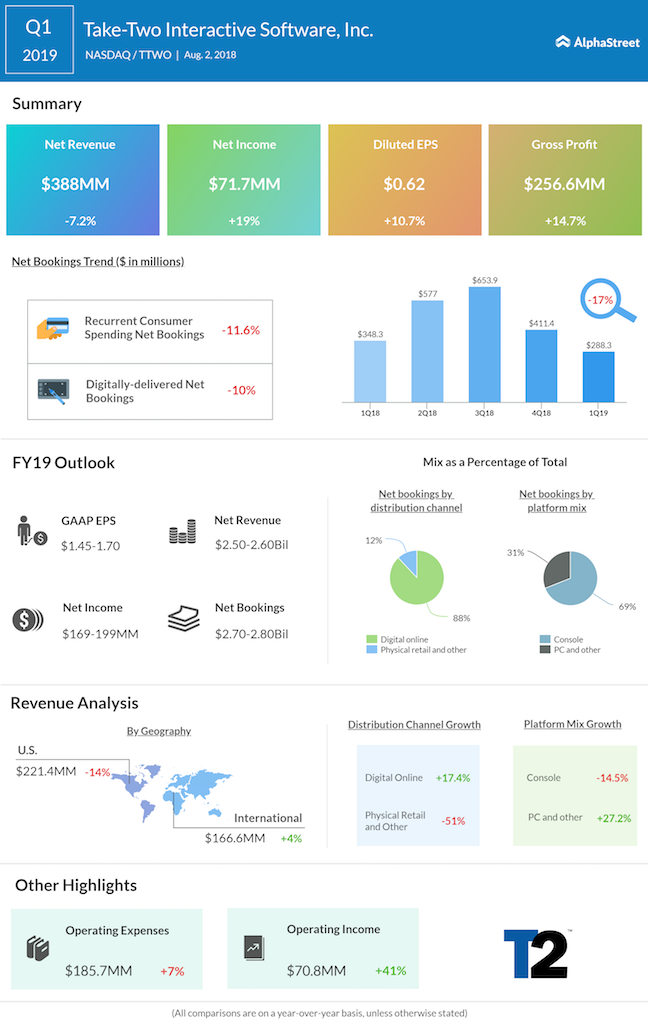 The official NBA basketball video game by 2K, the unit of Take-Two, crossed over 10 million units in sales, setting a new benchmark for the franchise.

Since 1999, the NBA 2K franchise sold over 80 million units worldwide. Take-Two Interactive CEO Strauss Zelnick said, “NBA 2K18 is our highest-selling sports title ever, and a testament to the tireless hard work and innovation of the team at Visual Concepts.”

What separates the NBA 2K franchise from peers is that it now features The Neighborhood – an online platform for players to virtually experience the off-the-court lifestyle of an NBA star athlete.

The franchise is also known for the music in its game. Reinforcing the reliance on pop culture, NBA 2K series has featured many musics and film stars, and even pop-cult icons – Michael B Jordan, Spike Lee, Jay-Z, Pharrell Williams, Drake, DJ Khaled to name a few.

NBA 2K games are sold in about 22 countries, and with a special fan following in Asia. In 2018, Take-Two formed a JV with the basketball body NBA to develop an NBA 2K League – a professional virtual sports league built around the video game.