Gadgets always become more appealing when they function as an extension of the user’s physical faculties. Though the convenience of having household chores done by machines makes at least some people lazy and lethargic, the current trend indicates the market is thriving on the immense scope the technology offers.

There is a lot of innovation happening, supported by artificial intelligence and machine learning, as companies including Google (GOOGL), Amazon (AMZN) and Apple (AAPL) continue their race to dominate the market. The influx of new products into the market and falling prices hint the day is not far off when home appliances in the majority of American households start taking instructions from their digital masters. 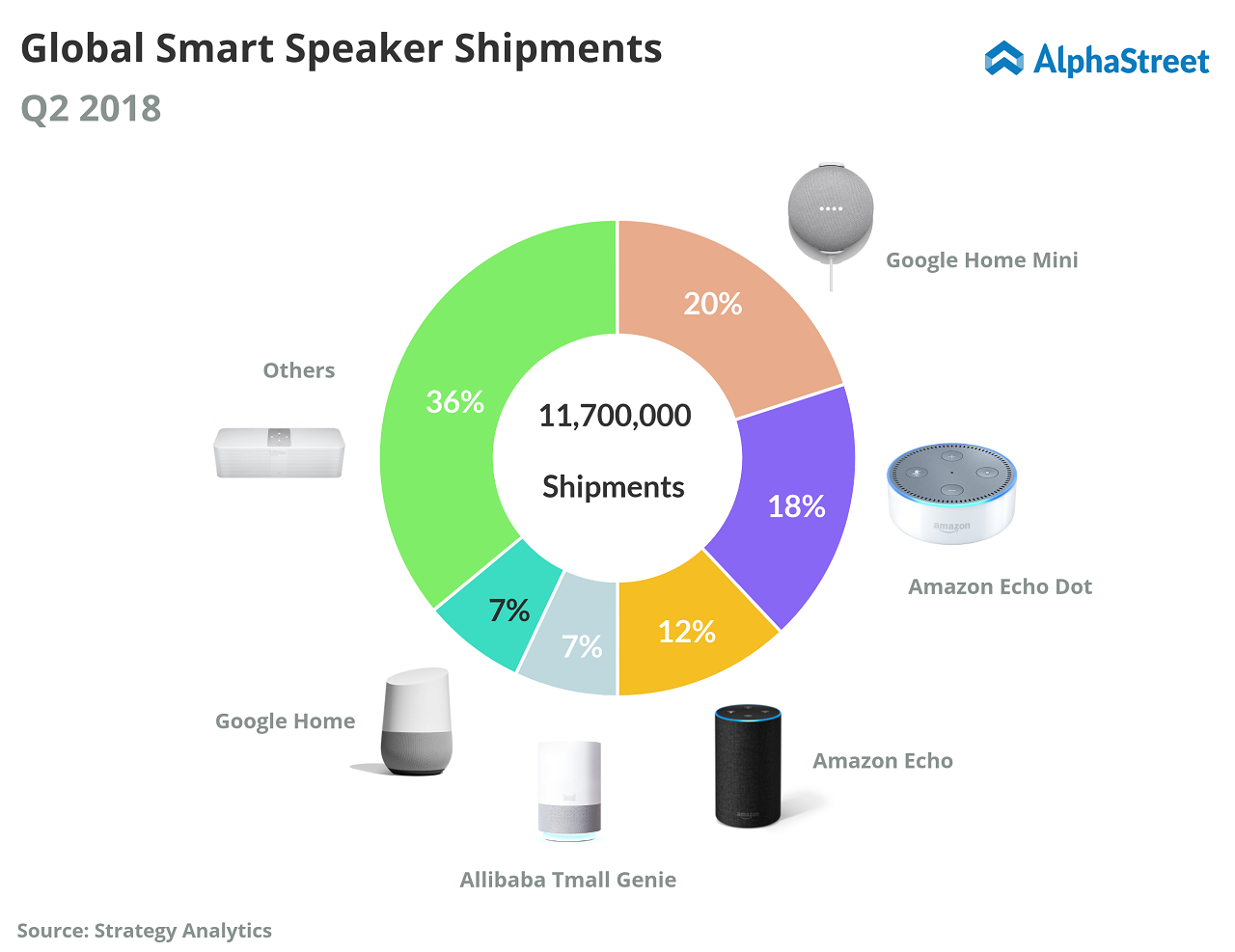 Meanwhile, not all companies are following the same strategy to win the customer’s heart. For example, Amazon last week surprised everyone with some unique devices such as microwave oven and sub-woofer at an event that underscored the company’s leaning towards the home segment.

The launch has left the market speculating a lot about a similar event being planned by Google next month, which will most probably be centered on the new Pixel smartphone, though there are talks about a smart speaker with a screen.

The highlight of the Amazon event was the all-new Echo speaker, which was among the more-than-a-dozen new Alexa-supported products it unveiled. Naturally, comparisons were drawn between the new Amazon products and those unveiled by Apple at an event earlier this month, which was devoid of any noticeable announcement on the home front.

For Apple, it is a straightforward business model to generate revenues by selling products and services, while Amazon would want to sell several smart home devices to lure people into buying everything they need and do not need, from Amazon.com. It will be a good idea for the company to try its hands at smartphones once again, for it would ensure more effective interaction with its customers.

A smart revolution is sweeping the home assistant market

Google, as usual, is treading a different path in this case too, with focus on integrating its AI offerings into the home products manufactured by partner companies, rather than developing own products. Google knows it is the truly ‘smart’ thing to do when it comes to taking its client’s advertisements to people living in homes connected to the internet, and the company has a powerful tool to achieve it – Android mobile OS.

The purview of smart home products is not limited to indoor lighting, home security and managing entertainment devices anymore. Connected living spaces of the future will be an integral part of the decision-making process of those who inhabit them, thereby having an impact on every aspect of their lives.

The smart home sector, currently at a nascent stage, is predicted to swell into a $100-billion industry in the next decade, which would be nearly double its current value.  Going by the current trend, the technology is unstoppable and its widespread adoption is imminent in the near future. Its transition from a luxury now to a necessity in the next few years – similar to the way mobile phones become popular a few years ago – will be catalyzed by new technologies and, of course, the booming economy.

After descending from the multi-year highs seen early this month, Amazon’s stock has stayed steady in the recent weeks and dipped slightly when markets opened Monday. The shares of Apple and Google also retreated from their recent peaks and are currently stabilizing.