Tesla soars on better-than-expected revenue and profits for Q3

Tesla Inc. (TSLA) topped revenue and earnings expectations for the third quarter of 2018 and achieved profitability as promised by CEO Elon Musk. Shares soared over 12% in aftermarket hours following the solid results. 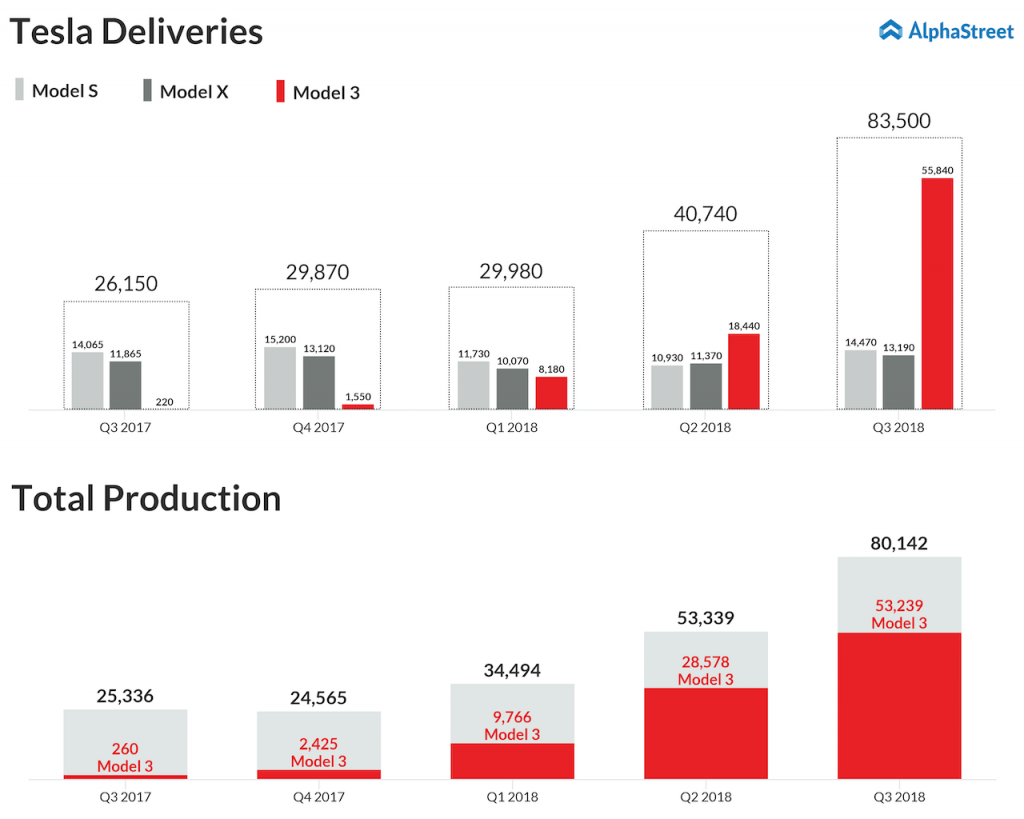 The company achieved profitability with net income attributable to shareholders of $312 million or $1.75 per share compared to a net loss of $619 million or $3.70 per share in the prior-year quarter. Adjusted earnings totaled $516 million or $2.90 per share, beating analysts’ forecasts for a loss of $0.19 per share.

Average weekly Model 3 production, excluding planned shutdowns, was roughly 4,300 units per week. Labor hours per Model 3 fell over 30% sequentially, falling for the first time below the level for Model S and X. During the quarter, Tesla delivered 56,065 Model 3s to customers.

Operating cash flow was $1.39 billion. The company’s cash position increased by $731 million in the quarter despite paying $82.5 million of bonds.