Tesla reports Q4 production and deliveries, reduces price in US

Tesla (TSLA) reported production and delivery numbers for the fourth quarter of 2018. The automaker produced 86,555 vehicles and delivered 90,700 vehicles in the recently ended quarter. For 2018, the company had delivered 245,240 vehicles. Tesla reduced Model X, Model S, and Model 3 vehicles’ price by $2,000 in the US. Shares of Tesla were down 7% in the pre-market today as the numbers fell short of the expectations. 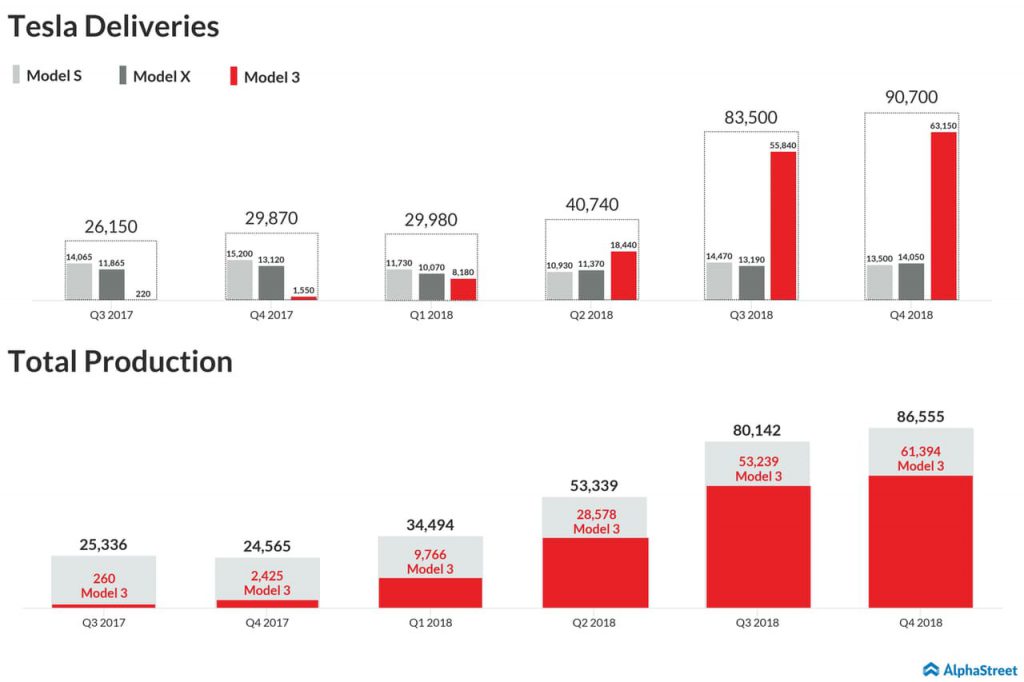 Tesla expects to grow Model 3 sales by expanding to international markets, introducing lower-priced variants and offering leasing. International deliveries in Europe and China will start in February 2019. Expansion of Model 3 sales to other markets, including with a right-hand drive variant, will occur later in 2019.

As the federal EV tax credit halved to $3,750, the company reduced the price of Model S, Model X and Model 3 vehicles in the US by $2,000. Customers can apply to receive the $3,750 federal tax credit for new deliveries starting on January 1, 2019. In China, Tesla cut its Model 3 prices and slashed down Model S and Model X prices recently.

Tesla stock, which opened down 8% at $306.10 in Wednesday’s trading, had increased 7% in both last three months and one year period.