The Children’s Place (PLCE) reported a 86% plunge in earnings for the first quarter of 2019, due to the adverse impact from Gymboree liquidation and 70% store overlap with about 800 Gymboree and Crazy 8 liquidations as well as the headwind of a later Easter. The results exceeded analysts’ expectations. The specialty retailer of kids’ apparel lifted its earnings and sales outlook for fiscal 2019.

The results were adversely impacted by Gymboree liquidation, higher adjusted tax rate resulting from the impact on share-based compensation tax deductibility due to current share price, and Gymboree and Crazy 8 acquisition. 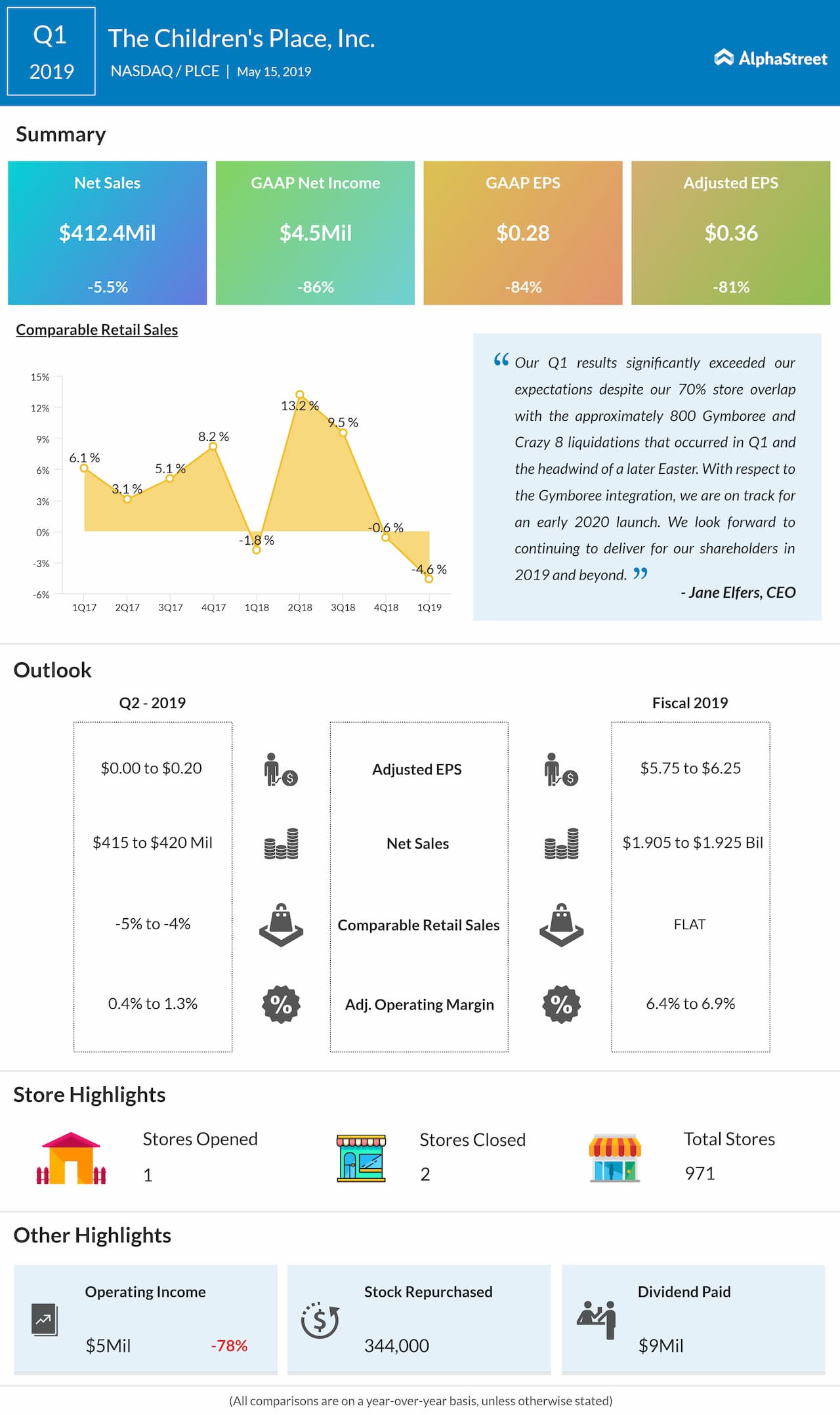 Net sales declined 5.5% to $412.4 million, which was above the company’s guidance range of $385 million to $395 million. Comparable retail sales decreased by 4.6% in the first quarter of 2019. The company’s sales began to accelerate in mid-March and continued to strengthen through the end of the quarter, resulting in positive comparable retail sales in excess of 20% for the month of April.

In a separate release, the company’s board of directors declared a quarterly cash dividend of $0.56 per share. The dividend will be paid on June 28, 2019, to shareholders of record at the close of business on June 18, 2019. The continuation of dividend is a further reflection of the company’s confidence in its ability to execute on strategic initiatives and continuing commitment to return excess capital to shareholders.

For the first quarter, the company repurchased 344,000 shares for about $33 million, inclusive of shares repurchased and surrendered to cover tax withholdings associated with the vesting of equity awards held by management. The company also paid a quarterly dividend of about $9 million, or $0.56 per share, in the quarter.

Shares of The Children’s Place ended Tuesday’s regular session up 3.36% at $112.11 on the Nasdaq. Following the earnings release, the stock inched up over 6% in the premarket session.