Microblogging site Twitter Inc. (TWTR) posted a 21% increase in total revenues to $665 million for the first quarter of 2018 compared to the prior year period.

Video now accounts for half of Twitter’s advertising revenues and was its fastest-growing ad format in Q1 2018. Data licensing and other revenue increased 20% year over year.

US revenues increased 2% to $347 million while international revenue grew 53% to $318 million year over year.

For the second quarter of 2018, the company expects adjusted EBITDA to be between $245 million and $265 million. For the full year of 2018, Twitter expects capital expenditures to come in between $375 million and $450 million. 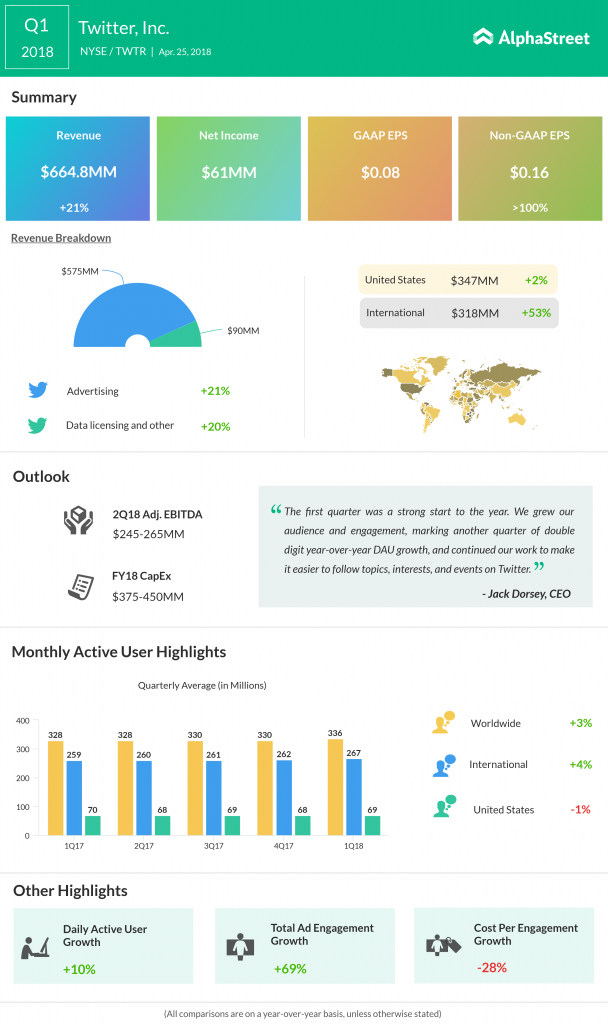