Urban Outfitters (URBN), which had a dream run over the past year, reported another quarter of earnings and sales numbers surpassing consensus estimates. Revenue came in at $855 million, surging 12.4%, aided by double-digit increases in comp store and digital channel sales.

Earnings had a standout performance for the quarter with diluted EPS shooting up 280% and earnings coming in at $41 million. The company said that strong sales, better margin improvement, SG&A leverage and a lower tax rate all contributed to the earnings growth. 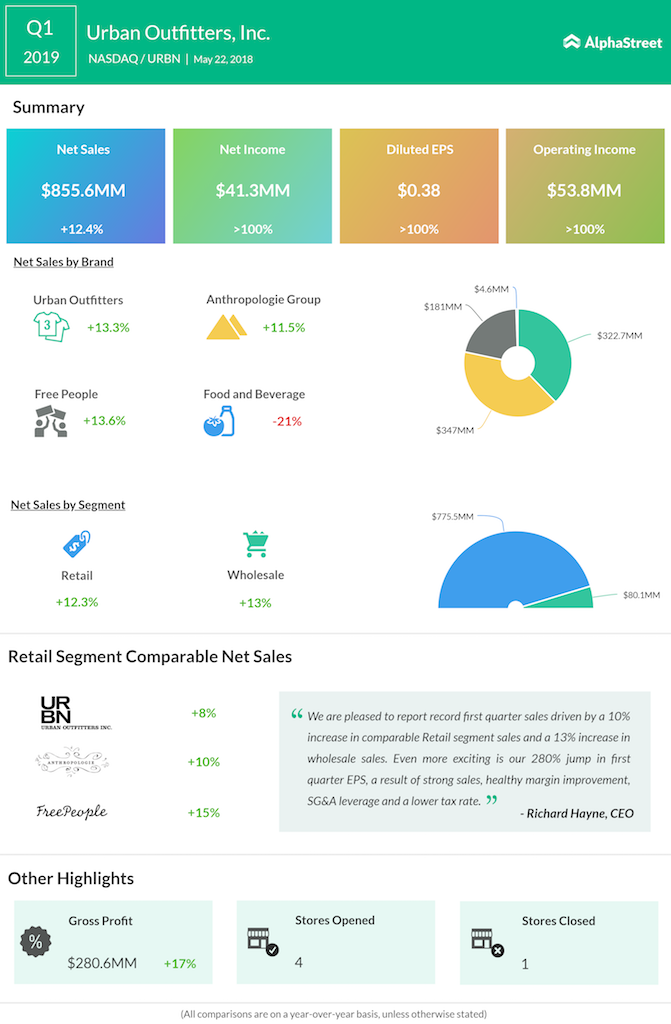 “We are pleased to report record first quarter sales driven by a 10% increase in comparable Retail segment sales and a 13% increase in wholesale sales,” said Richard Hayne, Chief Executive Officer.

The spike in comparable retail segment net sales was primarily driven by positive sales in its retail store. At Free People, comparable retail sales rose 15%, while at Anthropologie Group it increased 10%. Anthropologie Group saw its CEO exit last month who had grown the segment’s revenue as much as 35% during his six-year tenure. For Urban Outfitters, comp sales improved 8%.

Sales at all major segments saw double-digit increases for the quarter. However, the Food and Beverage segments, which the company had ventured into to overcome the ever-expanding retail competition, saw a 21% decline in sales year-over-year.

Urban stock had rallied over 100% over the past year, and has jumped as much as 19% since January. However, the stock dropped more than 2% post the earnings release.