Here’s a look at the upbeat US jobs report for May, with graphs!

May was a good month for the US job market, with the unemployment rate declining 0.5 percentage points to 3.8%. In half a century, unemployment slipped this low only once before – in April 2000. The number of unemployed persons stood at 6.1 million, after shedding about 0.7 million from a year ago. If this doesn’t calm inflation fears in the Street, we don’t know what will.

While this is encouraging to see, this rise could also be attributed to changes in the society, including the influx of the younger generation into the workforce. This is because the number of people who were jobless for 27 weeks or more, saw very little change as it came at about 1.2 million in May.

However, it is to be noted that employment went up in areas such as retail trade, healthcare and construction, in the official report by the US Department of Labor. 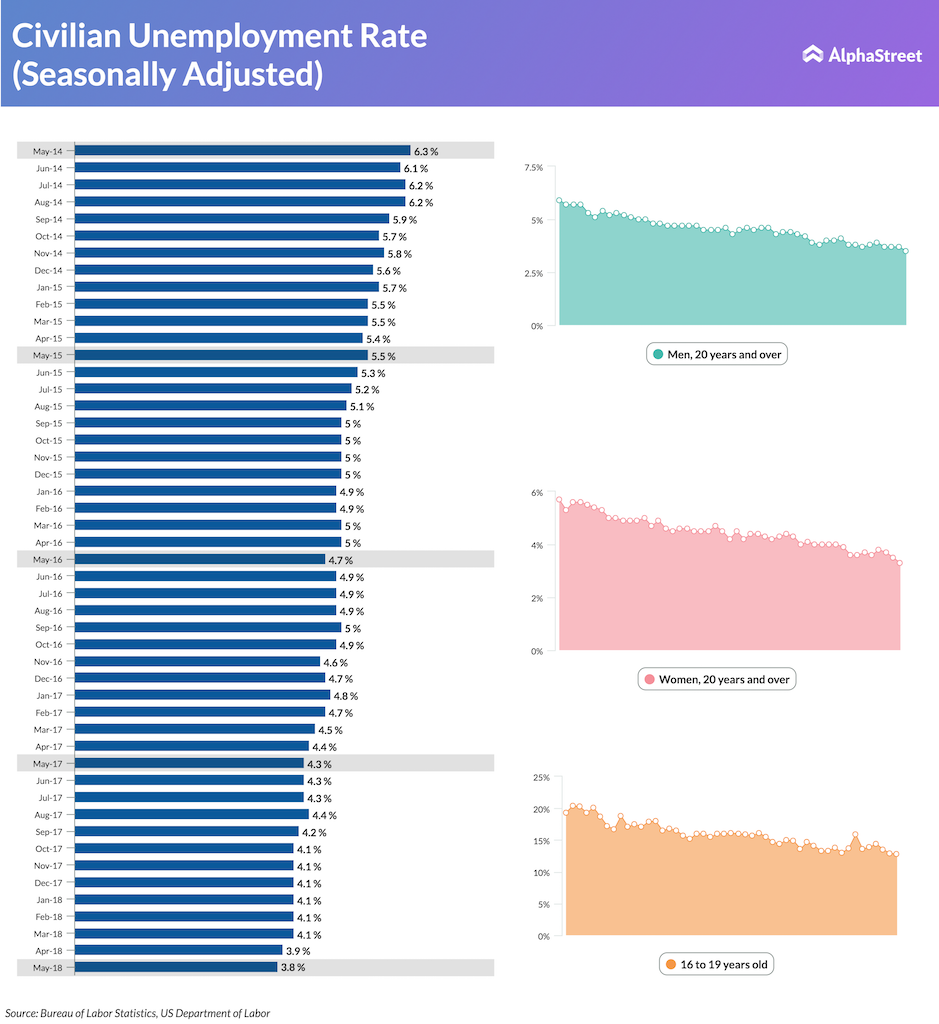 It’s safe to say that the jobs report beat estimates. In total, the US economy paved the way for 223,000 new jobs, with upbeat wage gains – average earnings per hour jumped 2.7% from last year. 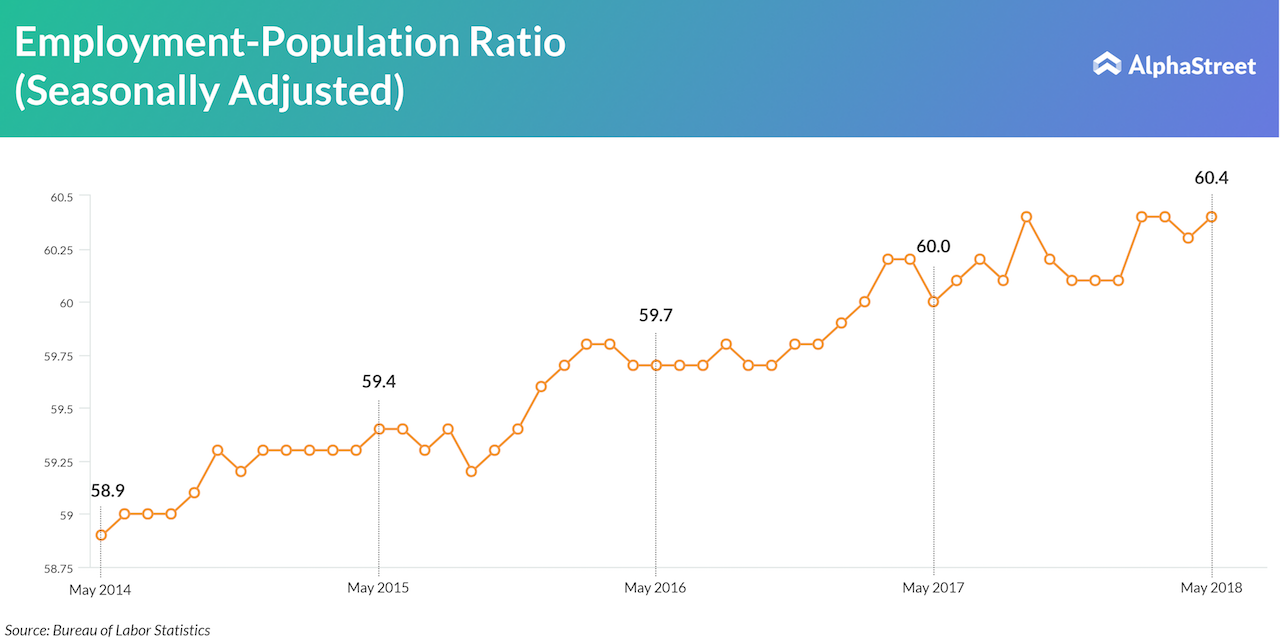 When President Trump tweeted early this morning about “looking forward” to employment numbers, the Street was still skeptic. But, now that the official numbers are out, we can all be a little more relieved!

Looking forward to seeing the employment numbers at 8:30 this morning.