Verizon Communications Inc. (VZ) reported a 6.6% growth in consolidated operating revenues to $31.8 billion for the first quarter of 2018, compared to the prior-year period. 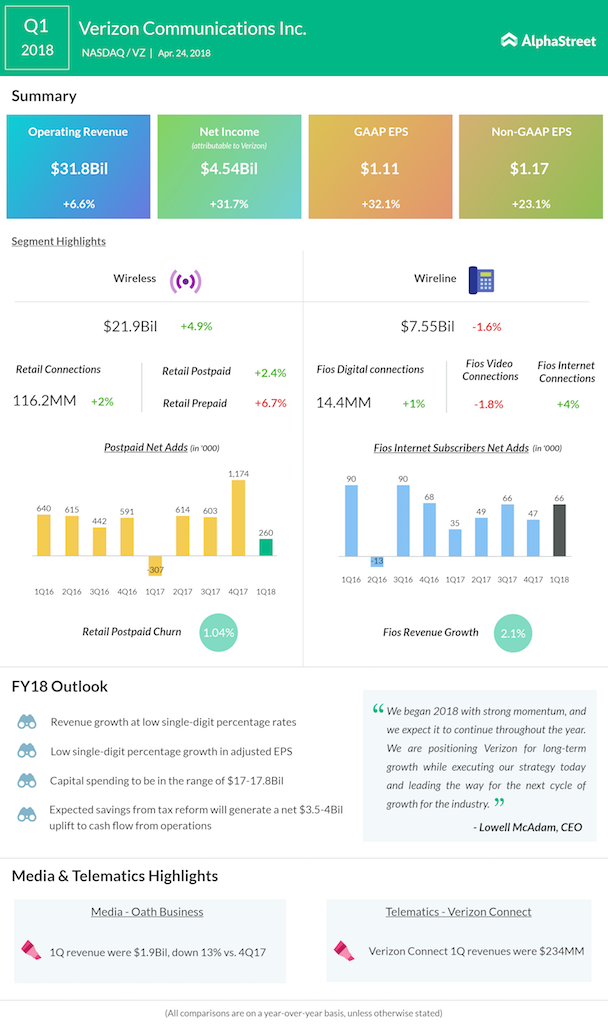 In 2018, capital expenditures are expected to be in the range of $17 billion to $17.8 billion, including the commercial launch of 5G.

In 2017, Verizon said it plans to achieve $10 billion in cash savings over the next four years. The company has achieved around $200 million in savings thus far and is on track to achieve its goals over the four-year period.

The DOJ is carrying out an investigation into whether the four major wireless carriers – Verizon, AT&T (T), Sprint (S) and T-Mobile (TMUS) – were involved in suppressing technology that would help customers easily change providers. The agency has asked all four carriers for information on this matter.