Walt Disney (DIS) is focused on reopening, to put up a better show this year

Last month, the company reopened two theme parks in California and is hopeful of announcing a reopening date for Disneyland Paris soon

With some of its parks and resorts either closed or operating at reduced capacity even more than a year after the virus outbreak, The Walt Disney Company (NYSE: DIS) is yet to fully recover from the slowdown, though things improved significantly after the vaccine launch and withdrawal of restrictions.

Investors were a disappointed lot this week after the California-based media giant reported mixed results for the second quarter –– positive sentiment brought by the surprise earnings growth was more than offset by the weak topline performance. The company’s stock, which has been going through a volatile phase lately, suffered a fresh jolt and slipped to a two-month low. But the downturn looks temporary because once again, customers have started flocking to Disney’s parks and amusement facilities.

Despite the uncertainty, the stock has remained an investors’ favorite. Still trading close to the record highs seen a few weeks ago, DIS has ample room to grow and it is a safe bet. The valuation is just right, given the stable financial performance in the virus-hit market. It is widely expected that the stock would breach the $200-mark in the coming months, all along creating value for shareholders, which is enough reason to add it to your portfolio. 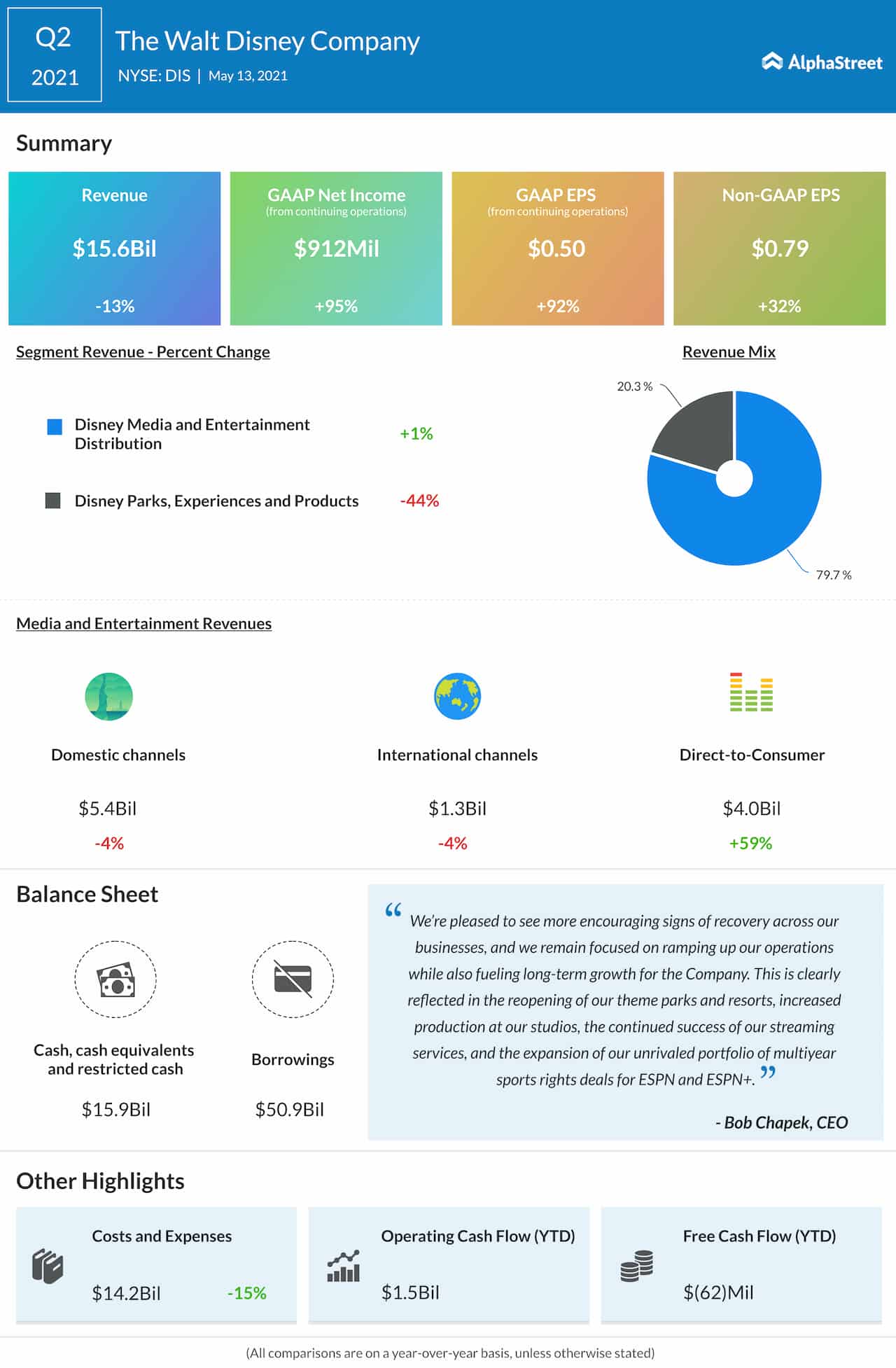 Last month, the company reopened two theme parks in California, which will reflect in the financial metrics of the current quarter. Earlier, the Shanghai Disney Resort and Hong Kong Disneyland were reopened, though with COVID-protection measures. The management is hopeful of announcing a reopening date for Disneyland Paris soon. Also, efforts are on to add new features to the reopened parks and to execute development projects as planned.

When it comes to Studios, the company executives claim to have almost reached full production levels. The Disney+ video streaming platform experienced stable growth since its debut last year. Though that segment doesn’t contribute much to the business at present, the efforts to offer branded/original content and the extensive collection of titles should make it a key growth driver going forward.

There have been some encouraging developments in recent months, particularly with the ongoing rollout of the vaccine and the gradual lifting of government-mandated restrictions. And through this time, we’ve taken advantage of the opportunity to make improvements to our operating procedures to enhance the guest experience through the use of technology innovations, new ticketing strategies, and other offerings.

In the second quarter of 2021, the top-line was impacted by a 44% contraction of the Parks and Experiences business, which accounts for about 20% of total revenues. While revenues dipped 13% to about $16 billion and missed expectations, earnings rose sharply to $0.79 per share defying Wall Street’s forecast for a 55% fall. It shows the recovery is gaining steam, after slipping to a loss briefly last year. Investor sentiment was also hit by sluggish subscription growth for Disney+, which fell short of expectations.

The stock peaked in early March after recovering steadily from the COVID-driven sell-off last year, but changed course since then and pared a part of the recent gains. It has gained about 60% in the past twelve months, mostly outperforming the industry.