WeWork files to go public, revenue as well as loss doubles in 2018

After a flurry of tech company IPOs in the first half of 2019, here’s another company that filed its IPO prospectus to go public. WeWork, which got rebranded as The We Company in 2019, filed form S-1 today. The $47 billion valued company is planning to debut in the public market with the ticker symbol “WE”.

The initial public offering price of WeWork’s class A common stock is not yet determined. WeWork intends to use the net proceeds of this offering for general corporate purposes, including working capital, operating expenses, and capital expenditures. 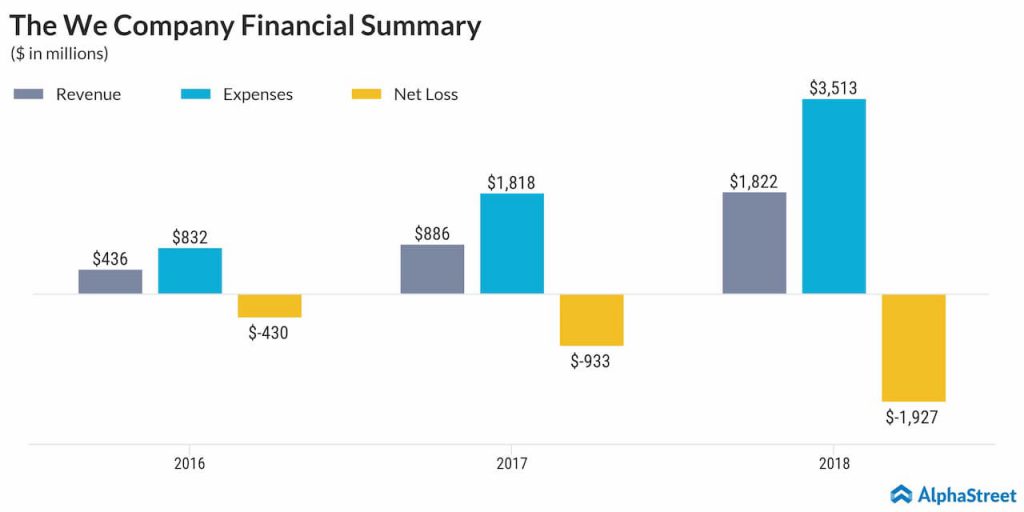 WeWork incurred net losses in the years ended December 31, 2016, 2017 and 2018 and in the six months ended June 30, 2018, and 2019. The company added in the IPO prospectus that it doesn’t intend to achieve positive GAAP net income for the foreseeable future and it may require additional financing.

Future financing requirements will depend on many factors, including the number of new locations to be opened by the company, net membership retention rate, the timing and extent of spending to support the development of the company’s platform, its ability to reduce capital expenditures, the expansion of sales and marketing activities and potential investments in, or acquisitions of, businesses or technologies.

The New York-based company founded by Adam Neumann in 2010, monetizes its global platform through a variety of solutions, mainly by selling memberships and providing ancillary value-added products and services to its members and extending the platform beyond offering workspace.

Apart from this, the company also offers a service named WeLive, which offers fully furnished and serviced short- and long-term stay in apartments and hotel rooms. The other offering named WeGrow is an independent elementary school focused on supporting the growth of children’s minds, bodies and souls through an integrated curriculum. 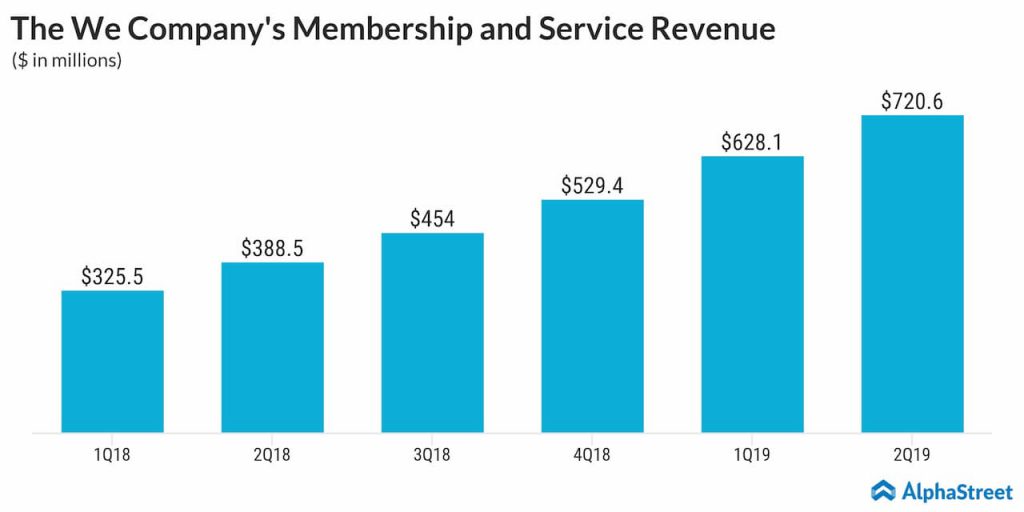 Currently, WeWork derives the majority of its revenue from recurring monthly membership fees, which accounted for approximately 83% of total revenue during the six months ended June 30, 2019. Membership and service revenue also includes revenue from business services purchased by the members and from commissions on the sale to members of additional products and services offered by the company.