What to expect when Southwest Airlines (LUV) reports Q3 results

Southwest Airlines Co. (NYSE: LUV) is slated to report third quarter 2019 earnings results on Thursday, October 24, before the market opens. Analysts estimate the company will report earnings of $1.08 per share which is flat compared to the prior-year period. Revenue is expected to inch up by 1% to $5.64 billion.

Like its peers, Southwest’s third quarter results will be impacted by the 737 Max groundings. The airline is tackling higher costs and lower capacity due to the groundings. However, strong customer demand and a higher passenger yield will help provide a cushion. 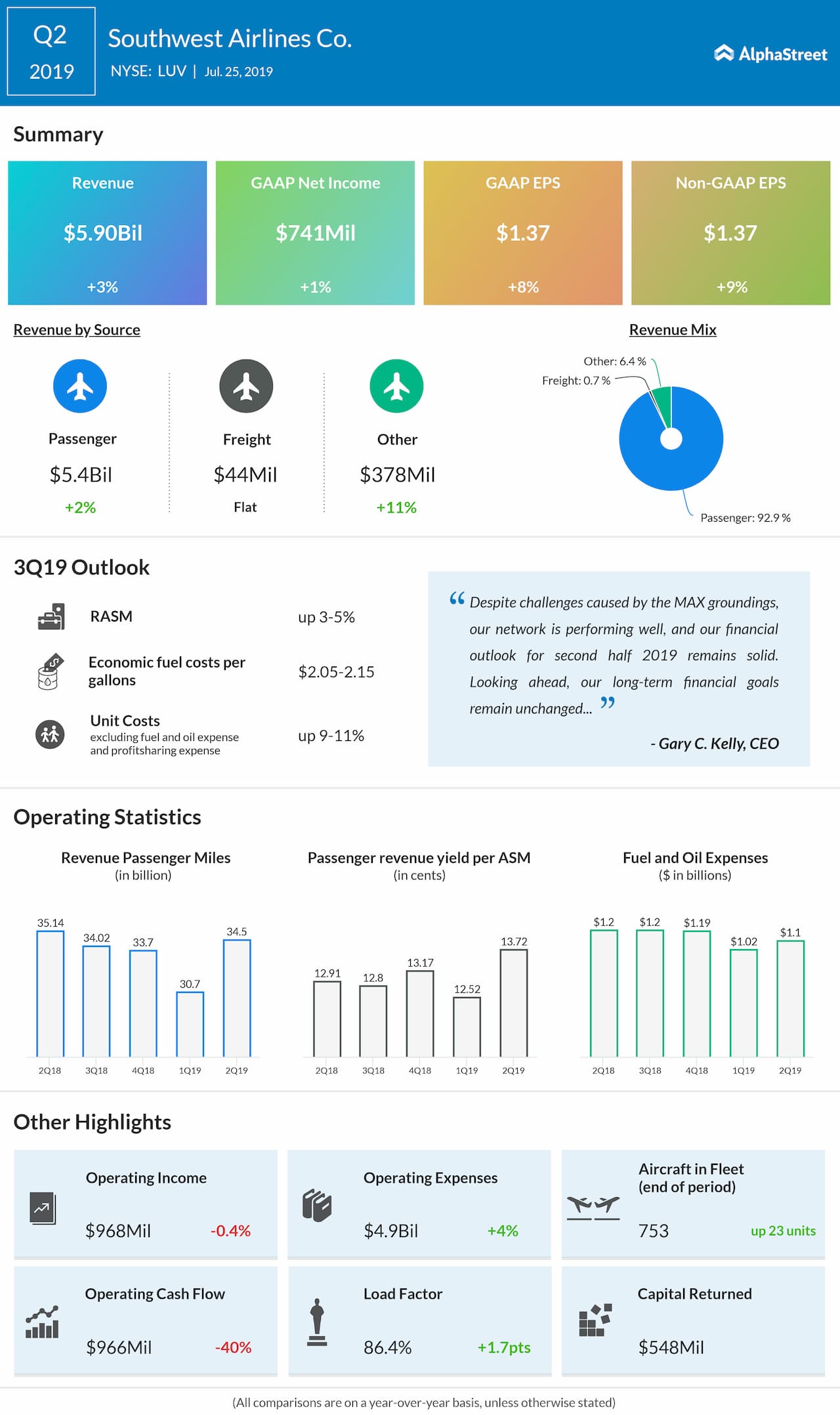 Capacity is expected to drop 2-3% and fuel efficiency is expected to decrease 1-2% year-over-year due to the Max groundings in the third quarter. Economic fuel costs are estimated to be $2.05-2.15 per gallon.

Shares of Southwest have gained 12% year-to-date. The stock was down 1% in afternoon trade on Tuesday.