Chinese social media company YY Inc (NASDAQ: YY) reported a revenue increase of 67% to RMB6.295 billion (US$917.0 million) from RMB3,773.2 million in the corresponding period of 2018. The company had projected Q2 revenue to be between RMB6.0 billion and RMB6.2 billion. YY stock, which was trading in the postive territory in the after-hours session initially, slided to negative zone after the earnings announcement. 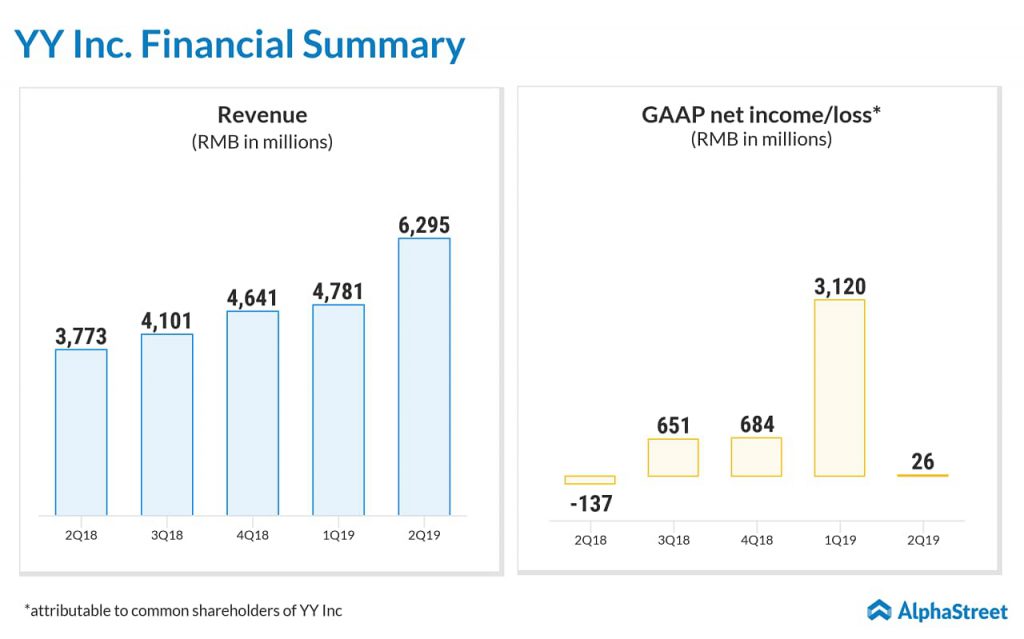 The increase in revenue was primarily driven by a 66.4% year-over-year increase in live streaming revenues to RMB5,922.8 million. The consolidation of Bigo fueled additional user and revenue growth.

“After we successfully completed the acquisition of BIGO in March, the second quarter was the first time we had the full quarter consolidation of the financial performance of BIGO,” said David Xueling Li.

Total number of paying users of YY increased by 19.1% to 4.2 million from 3.5 million in the prior year period.

Autodesk, Inc. (NASDAQ: ADSK) today reported its fourth quarter financial results for the period ended January 31, 2021. Net income for the fourth quarter was $911.3 million, or $4.10 per

Beyond Meat (NASDAQ: BYND), a specialist in plant-based meat substitutes, Thursday reported a wider loss for the fourth quarter, despite an increase in revenues. The numbers also missed the consensus