After reaching a 7-year high on June 6, Zynga (NASDAQ: ZNGA) is set to report its second-quarter 2019 financial results on July 31, Wednesday after the market close. The market expects the online mobile games company’s revenue to grow 56% year-over-year to $364.48 million for the quarter ended June 30, 2019. Shares of Zynga ended up 1.41% at $6.46 when the market closed Friday. 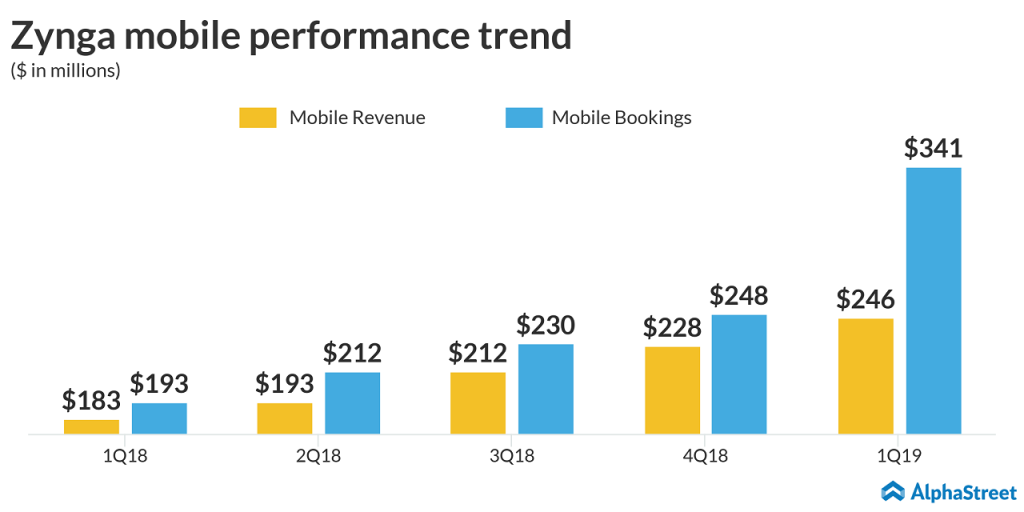 Like the first quarter, Q2 topline performance is estimated to be driven by mobile live services, anchored by the company’s five forever franchises (CSR Racing, Empires & Puzzles, Merge Dragons!, Words With Friends and Zynga Poker). Growth in bookings is expected to be primarily driven by full quarter contributions from Small Giant Games and Gram Games as well as strength in Words With Friends and CSR2.

In the recently ended quarter, Zynga entered into sale and leaseback agreements with Beacon Capital Partners for its San Francisco headquarters building. Zynga will leaseback space within the building and remain headquartered in San Francisco. As a result, Zynga expects to receive a net cash benefit of approximately $600 million in 2019.

Read: Will Beyond Meat keep up the pace of momentum ahead of Q2 earnings?

For the first three months ended March 30, 2019, the San Francisco-based company’s revenue grew 27% annually to $265 million and bookings surged 64% to $359 million with a net loss of $129 million or $0.14 per share. The company had the best mobile revenue and bookings performance in its history with mobile revenue of $246 million, up 35% year-over-year, and mobile bookings of $341 million, up 77% year-over-year.

Mobile accounted for 93% of total revenue and 95% of total bookings in Q1. The company’s bottom line and top line fell short of market’s expectations, However, the raise in 2019 outlook sent Zynga shares in the upward direction.