Will Beyond Meat keep up the pace of momentum ahead of Q2 earnings?

“Remaking meat is one sector of the food industry that is ripe for innovation and growth,” – Bill Gates, Microsoft Founder and one among the investors of Beyond Meat (NASDAQ: BYND) has said it correct. The stock price of the vegan company, which became public in May 2019, has skyrocketed more than 700% from its IPO price and achieved a new all-time high ($208.48) on July 23.

When Beyond Meat publishes its second quarter 2019 earnings results on July 29, Monday after the market closes, the consensus calls for the company to report a loss of $0.09 per share on revenue of $52.7 million for the June quarter. The El Segundo, California-based company is expected to narrow its loss and its revenue is estimated to surge about 200% over the prior-year quarter. 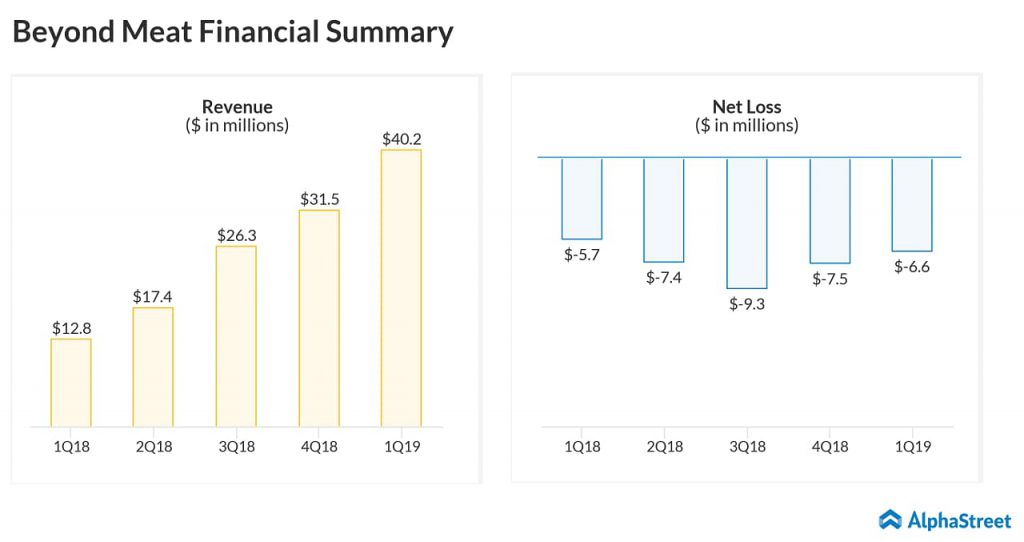 While the first quarter bottom line was hurt by higher costs, the top line benefitted from the increase in sales of the company’s flagship product Beyond Burger, expansion in the number of retail and foodservice points of distribution, including new strategic customers, and greater demand from its existing customers.

For full-year 2019, Beyond Meat had projected net revenues to exceed $210 million, an increase of greater than 140% compared to 2018. Adjusted EBITDA is predicted to be about break-even. 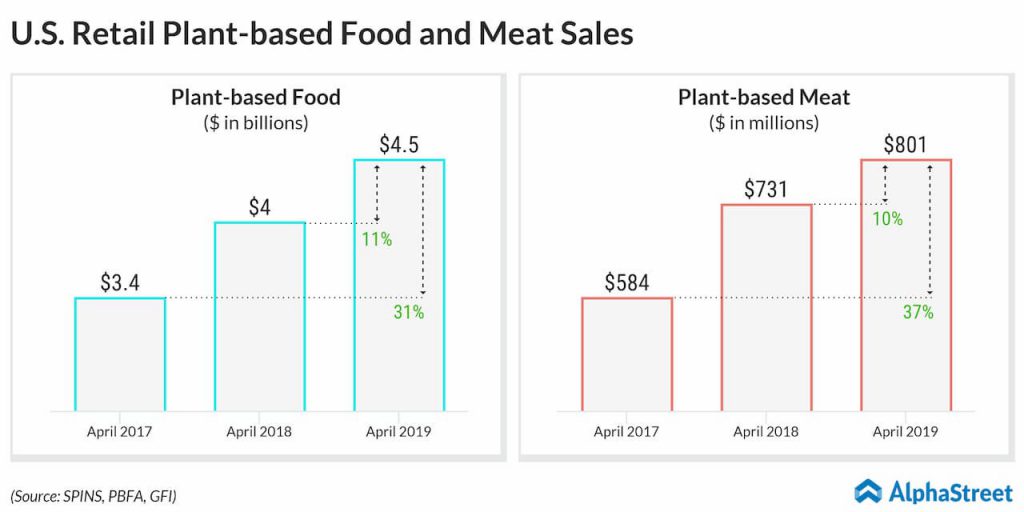 Last month, Conagra Brands’ (NYSE: CAG) CEO Sean Connolly said during the company’s fourth quarter earnings call that the opportunity in the plant-based meat-alternatives could be in the range of $30 billion just in the U.S. alone.

On Tuesday, the restaurant chain Dunkin’ Brands (NASDAQ: DNKN) joined hands with Beyond Meat by announcing that that the company will add Beyond Meat’s Beyond Sausage in its menu. Last week, meal-kit maker Blue Apron (NYSE: APRN) announced that it will add Beyond Meat products into their Signature Two-Serving plan in the August.

On contrast, Chipotle’s (NYSE: CMG) CEO Brian Niccol said recently that it will not have the plant-based meat in its menu saying that it’s still processed food and adding it will go against the chain’s motto.

Beyond Meat stock had given a positive return of 44% in the past one month. Even though Beyond Meat’s stock price has been continuously climbing up, analysts covering the company recommends to Hold the stock.