Happy New Year: Nearly half the US to get a minimum wage hike in 2019

Nearly half the US is getting a better New Year, as 22 states are just days away from raising the minimum wage in 2019. Out of the 22, nineteen are expected to implement these welcome changes on January 1st itself.

According to data from payroll experts Wolters Kluwer Legal & Regulatory U.S., The District of Columbia would also join these 22 states in the wage revisions. This points at a move by the state authorities to ensure living wages for their citizens. 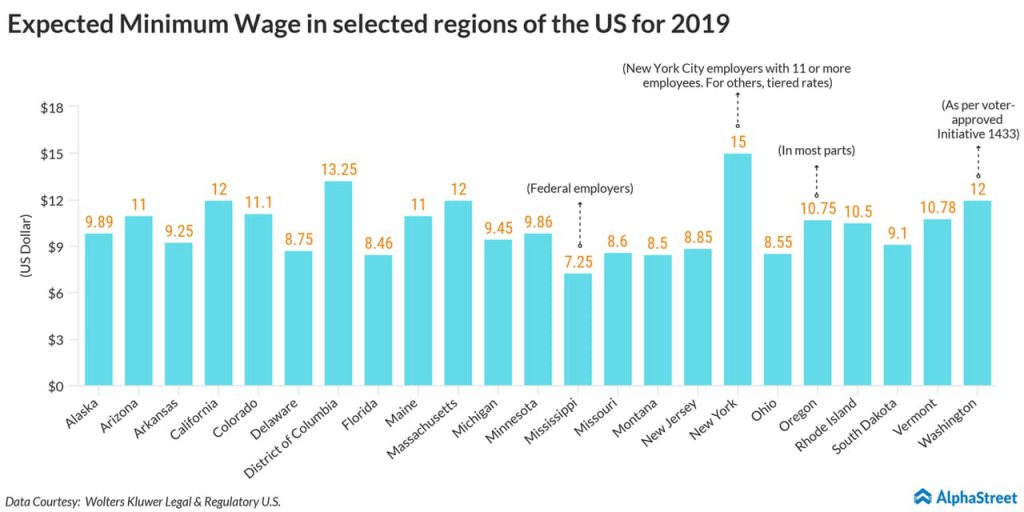 Wolters Kluwer Employment Law Analyst Barbara O’Dell said, “The incremental wage increases, including in California and Washington, which are moving minimum wages toward a final goal of $15.00 per hour, are an example of how states are trying to address this issue.”

Right now, the highest statewide minimum wage rate is in the District of Columbia — at $13.25 per hour. Massachusetts and Washington trail right behind at $12 per hour.

Some of these new wage rates are also part of a scheduled, incremental rise decided earlier. But in places like Arkansas and Missouri, voters initiated this using the power of the ballot in the November mid-term elections.

Even though places such as Georgia and Wyoming offer minimum ages as low as $5.15 per hour, it is expected that most employers and employees there would be subject to the higher federal minimum wage rate of $7.25 per hour.