As gaming giant Activision Blizzard (ATVI) prepares for the second-quarter earnings release, after reporting a record-high profit in the previous quarter, expectations are very high. Like in the recent past, the focus will be on the iconic franchises like Call of Duty and Destiny, which continue to generate big revenues and in-game net bookings. Wall Street analysts expect the company to report adjusted earnings of $0.46 per share on revenues of $1.55 billion on Thursday after the closing bell. 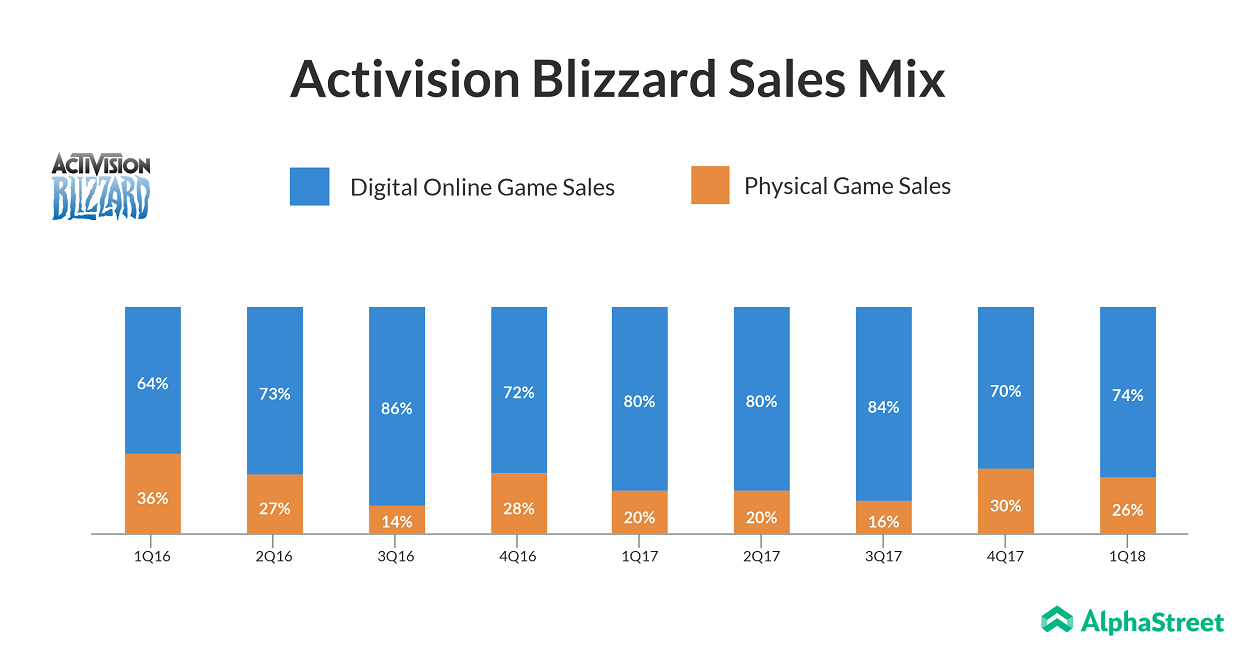 For investors, the growing audience for the company’s leading game franchises and increasing engagement levels are good news, especially after the Activision and Blizzard segments sustained their strong user base last quarter even without any major release, though a further slump in the King’s division dragged the overall subscription.

The growing demand for interactive entertainment content and the rising popularity of e-sports have been attracting investors to gaming stocks.  The market is quite upbeat about Activision’s e-sports franchise Overwatch League, which earned the company’s stock an upgrade from a leading analyst this week. Of late, Activision’s aggressive digital push, like the expansion of digital subscription services and release of more titles online for download, is yielding the desired results.

The rapid digital expansion and the strong revenue growth in that segment are expected to continue in the near term, considering Activision’s pioneering online prowess that gives it an edge over competitors. It is estimated that its e-sports audience nearly doubled in the past two years, adding to the long-term growth prospects.

While operating margins are seen hovering near the recent highs, heavy investments in the digital-sales platform and e-sports leagues could drag the profitability.

Among Activision’s competitors, California-based Electronic Arts (EA) reported rather unimpressive results for its first quarter, when both earnings and revenues witnessed a sharp decline. Meanwhile, Take Two Interactive (TTWO) is slated to announce results for the most recent quarter Wednesday after the closing bell.

It has been a rollercoaster ride for Activision shareholders so far this year when the shares gained nearly 15% and hit an all-time high in mid-July. When the market closed today, the stock rose 0.92% to $73.42.