Iconic software giant Adobe Systems (ADBE) is scheduled to announce its first-quarter 2019 earnings on Thursday, March 14, after the closing bell. 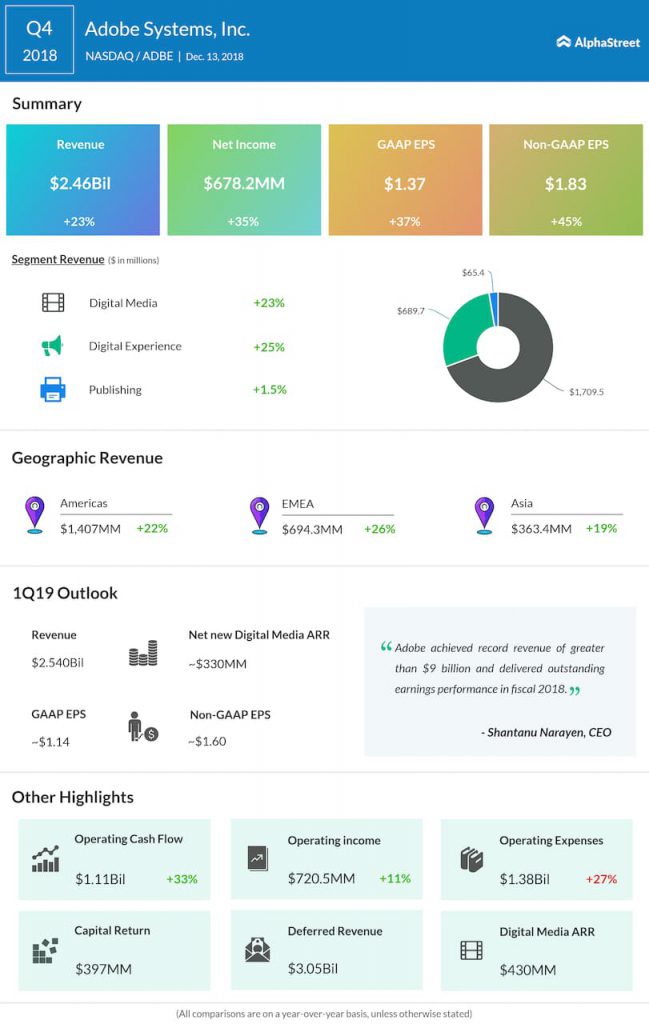 In the previously reported fourth quarter, Adobe saw its adjusted earnings jump 45% year-over-year, but it still fell short of estimates — sending the stock down shortly after the results announcement.

Despite a massive 23% climb in quarterly revenues, the market was not impressed.

Earlier in January, Adobe announced an organizational change following the resignation of Executive Vice President and General Manager of its Digital Experience business Brad Rencher. “Coming off of a record 2018 and the acquisitions of Magento and Marketo, Adobe CEO Shantanu Narayen will create a broad new organization that includes product, sales, marketing, services and support,” Adobe said in a statement.

(This article will be updated continually on the days approaching the earnings announcement.)