Shares of AK Steel (AKS) gained sharply Monday after the company reported net profit for the fourth quarter, compared to a loss last year, aided by a sharp increase in sales. 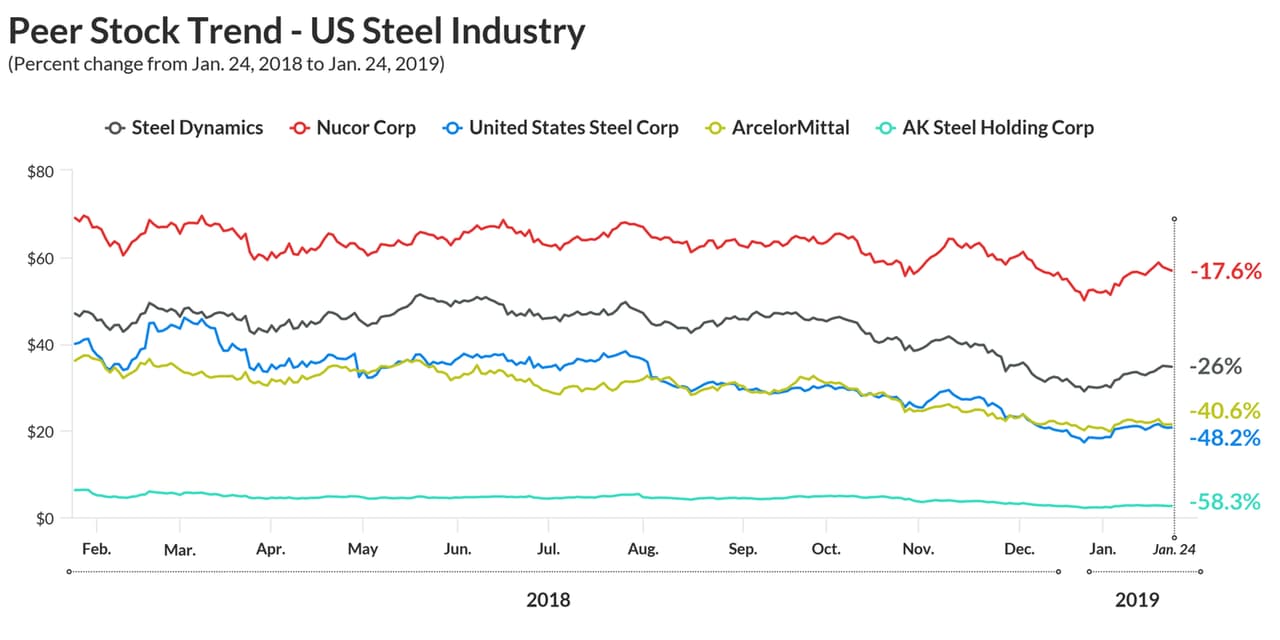 Net sales moved up 12% year-over-year to $1.68 billion during the December quarter and matched Wall Street estimates.

“We made good progress in 2018, generating our highest net income and adjusted EBITDA in a decade and further strengthening our balance sheet. As we enter 2019, we are well positioned after the successful renegotiation of our annual customer contracts and expect another solid year,” said CEO Roger Newport.

Net sales moved up 12% year-over-year to $1.68 billion during the December quarter and matched estimates

For fiscal 2019, the management expects net income in a range of $160 million or $0.51 per share to $180 million or $0.57 per share. Full-year adjusted EBITDA is forecast between $515 million and $535 million. AK Steel intends to make capital investments of $170-$190 million this year, which includes around $25-$30 million of growth-related investments for Precision Partners and AK Tube.

The management is also planning to shut down the Ashland Works unit by year-end to optimize utilization at the other facilities in the US. The move is expected to result in annual cost savings of more than $40 million.

Since the final months of the year are considered to be a weak period for steel companies, AK Steel had issued below-consensus guidance for the fourth quarter, while reporting double-digit earnings growth for the previous quarter.

AK Steel shares closed Monday’s regular session down 4% but gained sharply in the after-hours trading. The stock has lost about 43% in the past twelve months.