Semiconductor firm Advanced Micro Devices (AMD) reported upbeat earnings for the second quarter when revenues surged as the strong demand for products in the PC and server markets more than offset a slump in GPU sales to crypto miners. Following the announcement, AMD shares gained more than 5% in the after-hours trading Wednesday.

The company posted adjusted earnings of $156 million or $0.14 per share for the June-quarter, compared to a loss of $7 million or $0.01 per share in the prior-year quarter. Earnings surpassed analysts’ forecast.  During the quarter, gross margin rose by 3 percentage points to 37%, reflecting the positive response to newly launched products.

Driving the turnaround, revenues jumped 53% to $1.76 billion and came in above Wall Street estimates. Revenues of Computing and Graphics segment surged 64% annually, aided by strong demand for the Radeon and Ryzen products. Embedded and Semi-Custom segment revenue grew 37% on higher sales of semi-custom and server products. 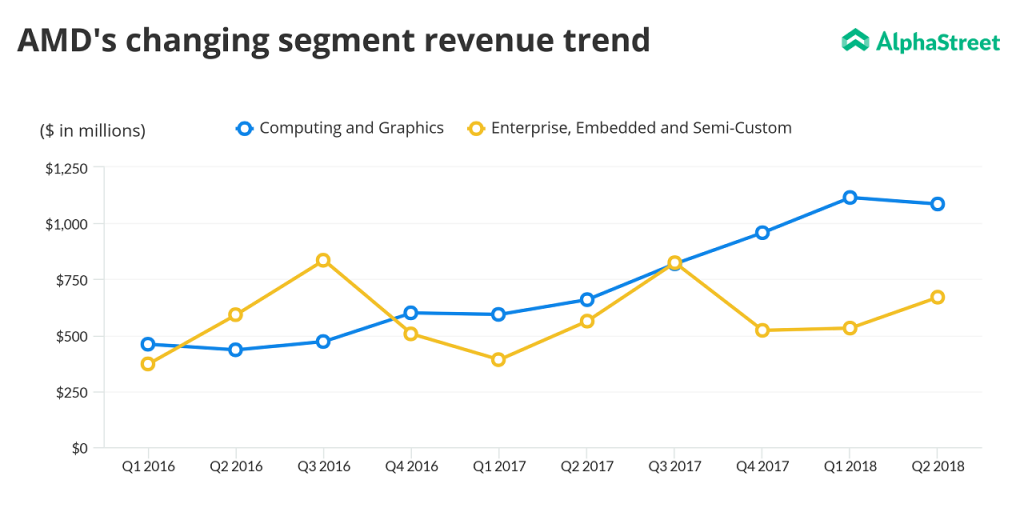 “We are confident that with the continued execution of our product roadmaps, we are on an excellent trajectory to drive market share gains and profitable growth,” said AMD CEO Dr Lisa Su.

The company is looking to generate $1.7 billion in revenues in the third quarter, plus or minus $50 million. Gross margin, excluding special items, is forecast to grow about 38% in the next quarter.

AMD’s competitor Intel is scheduled to report its second-quarter results Thursday after the market closes, while NVIDIA (NVDA) and Analog Devices (ADI) will be announcing results for their most recent quarter on August 16 and 29, respectively.

AMD shares, which gained more than 14% in the past 12 months, hit a ten-year high in mid-June, before paring some of the gains in the following weeks. The stock opened Wednesday’s trading lower but gained more than 5% in the after-hours following the earnings report. 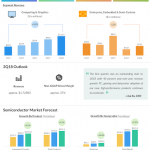