The market expected earnings of $0.20 per share on revenue of $88.90 million. Both top line and bottom line exceeded the consensus.

Gross margin for the quarter soared 440 basis points year over year to 53.7%, while cash provided by operations was $13.0 million. Capital expenditures was $0.7 million for the period. 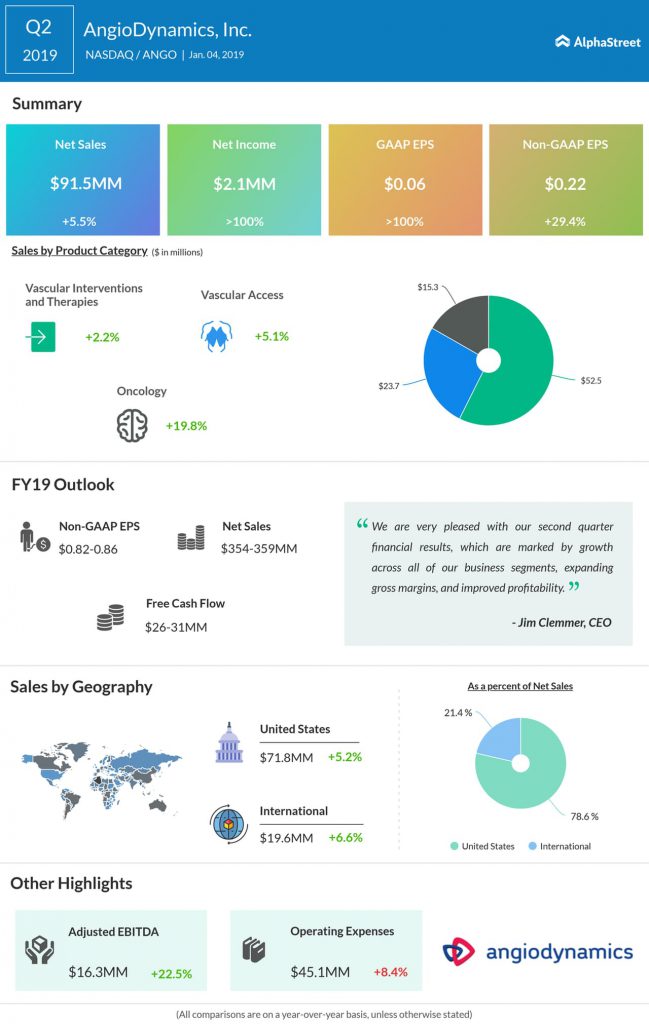 “The acquisition of RadiaDyne, combined with our recent BioSentry asset purchase, delivers on our commitment to build a world-class oncology portfolio,” said CEO Jim Clemmer.

In September of 2018, RadiaDyne’s trailing 12-months revenues exceeded $6 million. The acquisition was then expected to be neutral to earnings on an adjusted basis.

In the previously reported first-quarter, AngioDynamics missed analyst estimates with earnings of $0.16 per share, sending shares down then. The company had reported flat revenues of $85.3 million over last year, hurt by 6% slump in oncology product sales. it also had a one-time impact in the quarter due to its transition from Acculis to Solero product line.

AngioDynamics has been seeing US sales dipping in the past two quarters, despite international sales picking up. Last quarter, it even had to pay $12.7 million due to the legal allegations faced with the Justice Department.