Apple losing its sheen to Samsung in the smartphone war

After transitioning the industry with its admirable phone, Apple (NASDAQ: AAPL) reached its creativity boundary limit as Steve Jobs’ gem iPhone started losing revenue stream to Samsung and other Android players. The tech giant lost its shine as the venture into diversified industry created failure in updating the product for competing with Android players.

Since the launch in 2007, Apple’s smartphone has been termed as the company’s most successful product and considered as one of the most profitable product ever produced in the industry. However, competition from Samsung and other Android players like One Plus, Huawei, and Xiaomi have been stiff as they started updating their weapons with the most advanced technologies.

This has created a tough fight among the Android players for gaining the market share. Meanwhile, this competition has made the iPhone outdated in terms of the specifications and costlier. The tech giant has been constantly updating its product but the pace seems to be a bit longer to a year while Android players upgrade theirs within a quarter or so. Also, the new iPhone launches seem outdated within a quarter of its release due to the evolving technology sector. 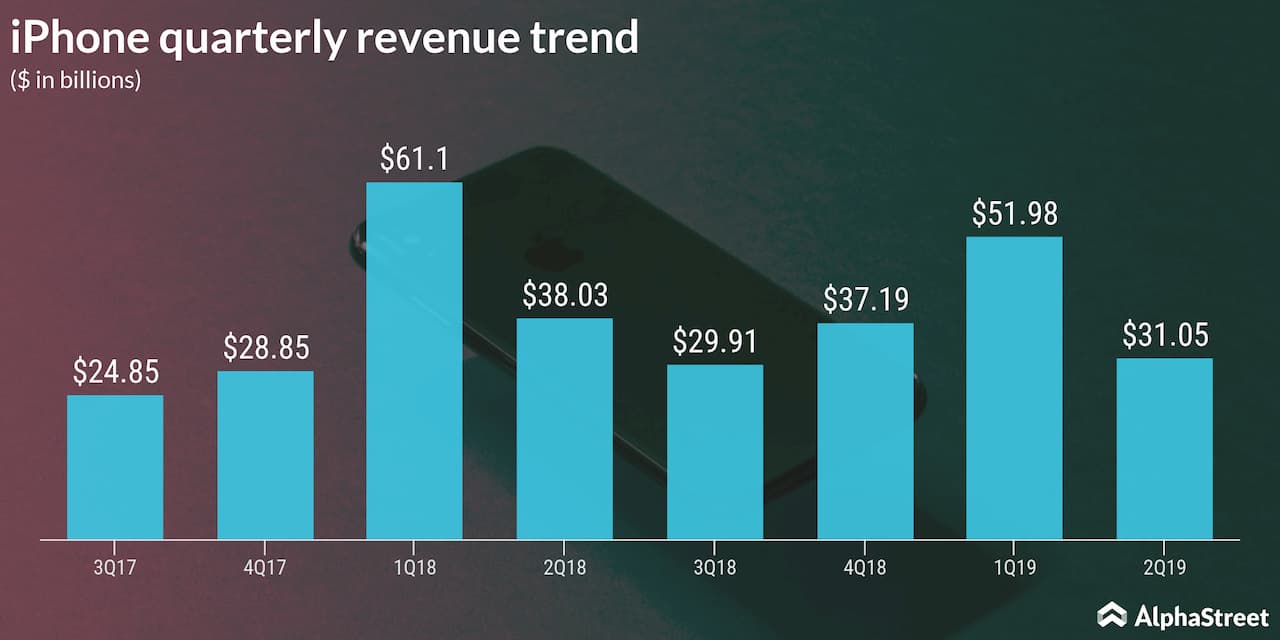 Research firm Canalys lowered its smartphone shipment forecast by 3.1% to 1.35 billion units in 2019 due to uncertainties surrounding the US/China trade talks. Samsung will be the biggest winner due to its aggressive device strategy and ability to quickly ramp up production while struggling to entirely fill the shortfall.

Canalys expects that 5G and other hardware innovations will be positive drivers for consumer demand and smartphone shipments are likely to return to soft growth in 2020, up 3.4% to 1.39 billion. With the technology upgrade to 5G, consumers could break their habit of holding onto their phones for longer.

Canalys predicts 5G-enabled handsets to reach nearly 800 million units in 2023, accounting for 51.4% of all smartphone shipments. The full 5G deployment will take much longer, and be much more complex than the previous network generation, in order to realize the benefits of 5G beyond enhanced mobile broadband.

Samsung believed that the overall smartphone industry moved into a seasonally weak period during the January-March period while Galaxy S10 has helped Samsung to post sequential revenue growth for the first quarter. The profitability was hurt by higher expenses from the adoption of high-end features, marketing, and the lineup revamp.

Samsung is expected to strengthen its product lineup through innovations such as Galaxy S10 5G and Galaxy A80. For the second quarter, smartphones market demand is likely to rise slightly due to continued weak seasonality. In addition, the company is set to bring a new Galaxy Note premium segment smartphone along with foldable smartphones.

At the recent second-quarter earnings call, Tim Cook said the company likes the direction it is heading with iPhone and its goal now is to pick up the pace. Following the path taken by Steve Jobs, Cook plans to revive the iPhone back to one of the most used smartphones in the world.

In a sudden change of events, according to a Forbes report, Apple is planning to give the iPhone 11 its most controversial redesign in a decade that will come with the notch-less, bezel-less era. The phone will have the largest camera bulge in iPhone history and presumably thicker and heavier than the current 7.34 ounces iPhone XS Max. It is expected that the upcoming phone could be Apple’s first 5G iPhone.

It is likely that Apple could turnaround the iPhone strategy for making it one of the world’s most valuable brands. But only time has to tell.