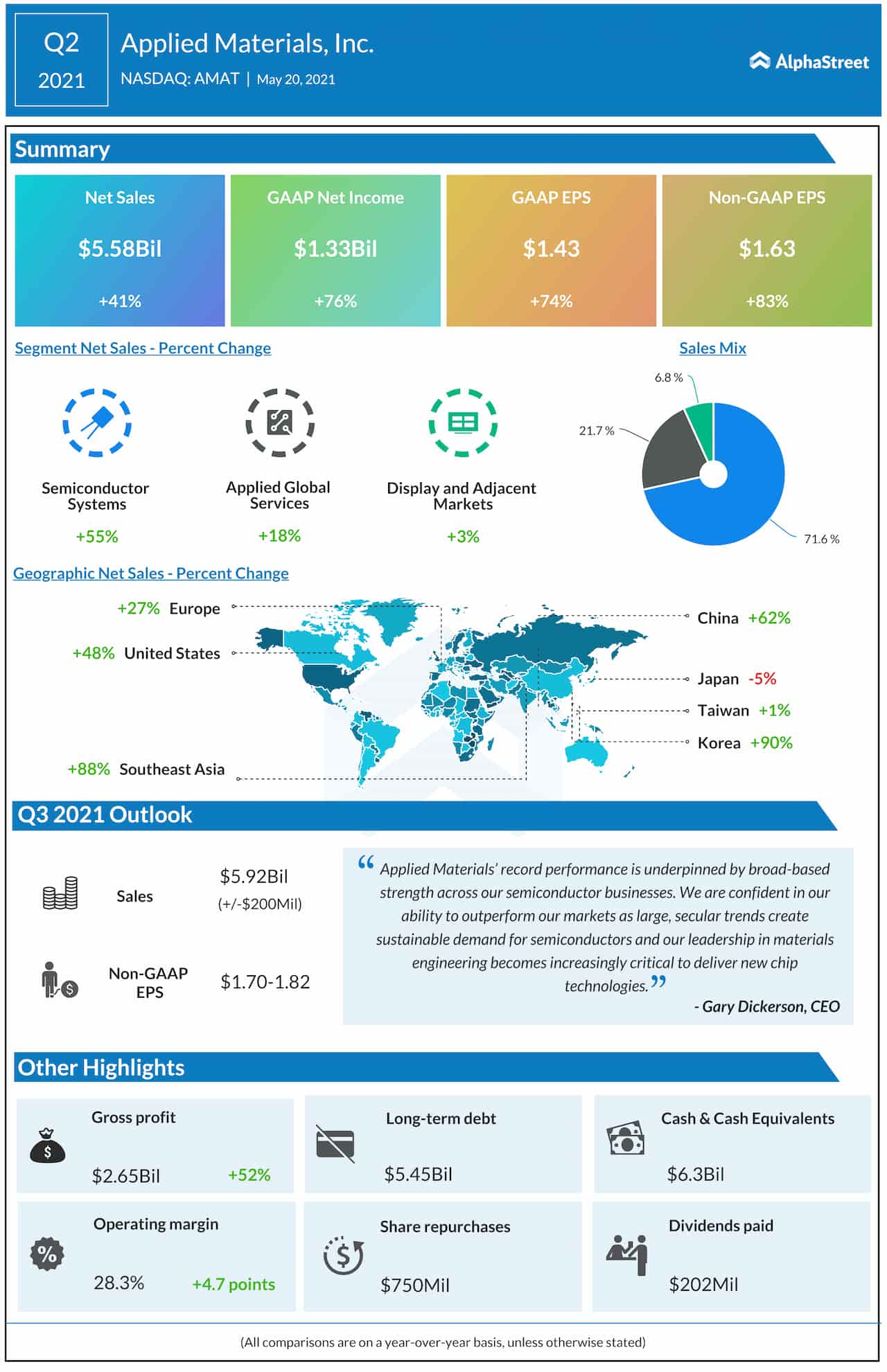 Net sales of the Silicon Valley tech firm moved up 41% year-on-year to $5.58 billion in the second quarter, which was also above the consensus forecast.

AMAT shares declined Thursday evening soon after the announcement, after ending the regular trading session higher. The value more than doubled in the past twelve months.