Ascena Retail Group (ASNA), which owns brands such as Dressbarn, Maurices and Justice, is scheduled to post its first-quarter 2019 earnings after the market closes on Dec. 10, Monday.

The Street expects earnings of $0.03 per share for the quarter on revenue of $1.55 billion.

In the previous quarter, Ascena earned $0.07 per share, beating analyst projections. On the road to recovery from previous losses, the company has been earnings estimates twice in the last four quarters.

This new trend of recovery in specialty retail might extend itself to Ascena. 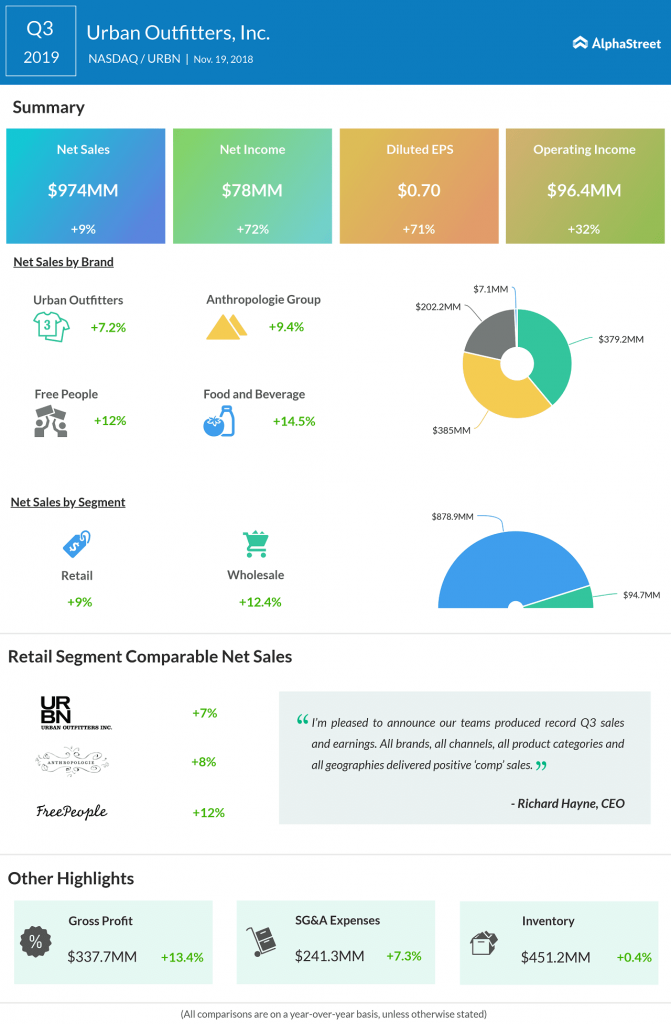 However, the company has already given its own outlook for the first quarter while it posted results of the previous one.

The owner of the Ann Taylor and Lane Bryant brands set the lower end of the guidance range at a $0.04-per share loss and the higher end at earnings of $0.06 per share for the first quarter. Net sales were forecast between $1.54 billion and $1.56 billion while comparable store sales was estimated to be between flat and up 2%.

For the whole of 2019, Ascena expects adjusted earnings of flat to $0.10 per share. Net sales were forecast to be in the range of $6.45 billion to $6.55 billion in 2019 when comparable sales are seen growing in low single digits.

“We entered Fiscal 2019 with good base momentum, and key growth initiatives beginning to gain traction across our brands. We are making headway with stabilization of our Dressbarn brand, and will continue to explore opportunities across our brand portfolio to create shareholder value,” CEO David Jaffe had stated back in September.