Riding on the strong demand for its cancer drugs, AstraZeneca Plc (NYSE: AZN) on Friday reported its third consecutive quarter of top line growth. Product sales for the quarter jumped 14% to $5.46 billion, without taking into account the impact of currency fluctuations.

Product sales were primarily boosted by the oncology segment, where sales improved 59%, with particular strength in emerging markets including China. 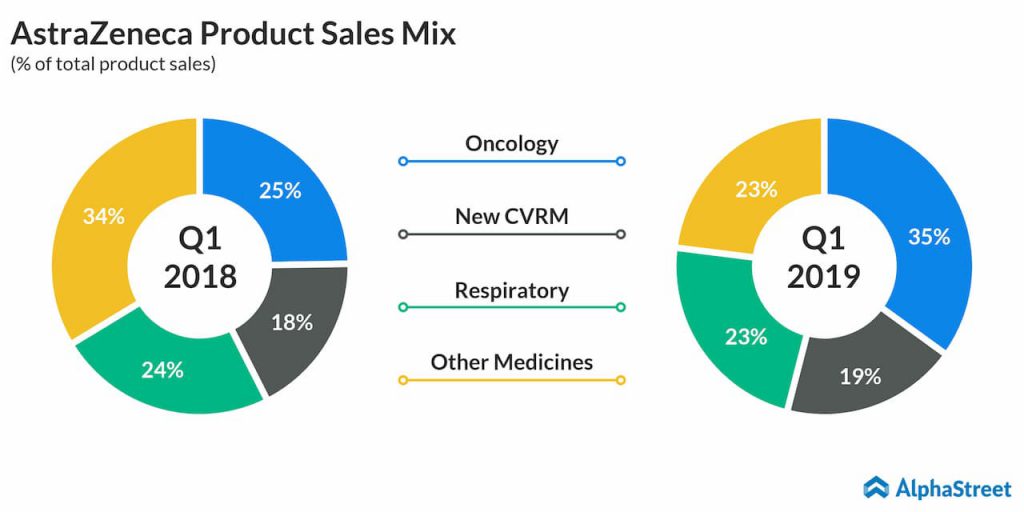 Lung Cancer drug Tagrisso was the best selling product during the quarter. Sale of this drug almost doubled to $630 million and accounted for 12% of its total product sales. 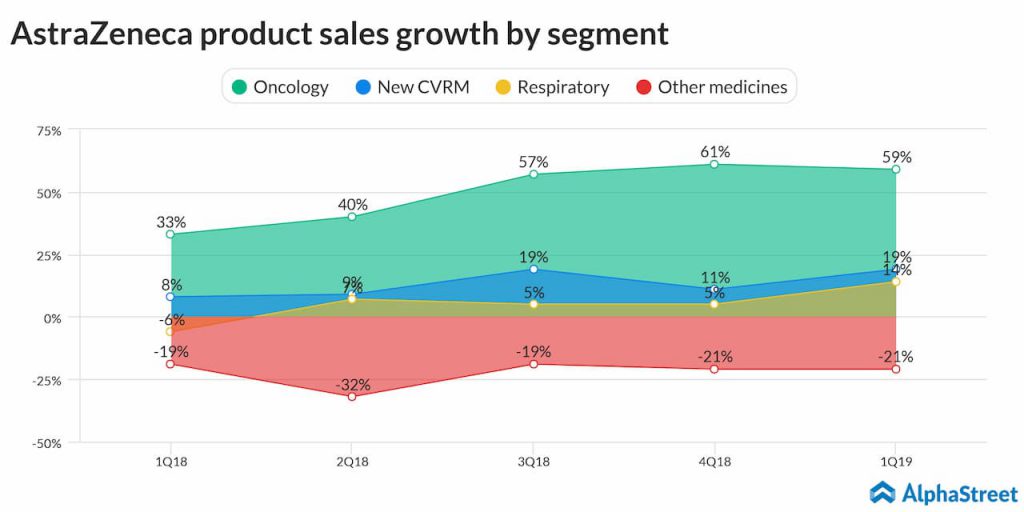 CEO Pascal Soriot said, “Our 14% Product Sales growth in the quarter reflected the success of our new medicines and Emerging Markets. In Oncology, Tagrisso, Imfinzi, and Lynparza continued to do well and, in BioPharma, Farxiga, Brilinta, and Fasenra also grew strongly.”

“The recently-announced collaboration with Daiichi Sankyo also broadened an exciting Oncology portfolio with a potentially-transformative cancer treatment that could benefit patients around the world,” he added.

The British-Swedish biopharmaceutical company revised its guidance following the solid results. The company now expects full-year 2019 product sales in a high single-digit percentage increase. Core EPS is projected in the range of $3.50 to $3.70.

AZN shares were down 1.4% during pre-market trading on Friday. The stock has gained 2.6% in the year-to-date period.