Baidu (NASDAQ: BIDU) slips to a loss in Q3 but beats estimates

Baidu (NASDAQ: BIDU) slipped to a loss in the third quarter of 2019 from a profit last year, due to the inclusion of a non-cash impairment loss on equity investments that have experienced an other-than-temporary decline in valuation. However, the results exceeded analysts’ expectations. 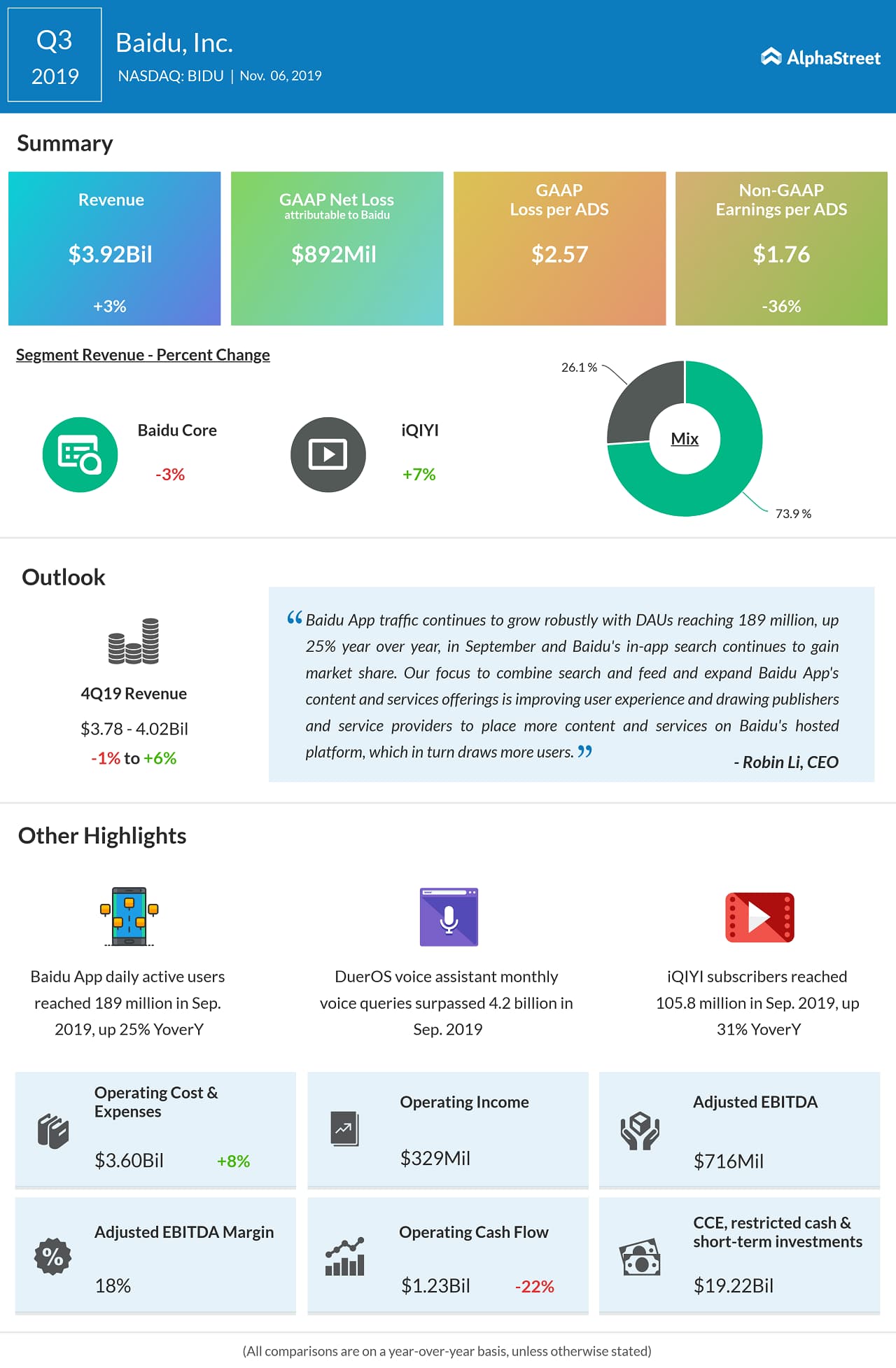 Looking ahead into the fourth quarter, Baidu expects revenues in the range of $3.78 billion to $4.02 billion, representing a down 1% to 6% increase year-over-year. This assumes that Baidu Core revenue will grow between 0% to 6%.

Monthly voice queries on DuerOS, a leading voice assistant for the Chinese language, surpassed 4.2 billion, up over 4.5 fold year-over-year, in September 2019. In September 2019, China’s first robotaxi pilot program was made available to the public in Changsha, Hunan, with an initial fleet of 45 autonomous driving vehicles powered by Apollo.

iQiyi subscribers reached 105.8 million, up 31% year over year, in September 2019, further strengthening iQiyi’s foundation to produce entertainment-based blockbuster originals. Revenue in iQiyi rose by 7% to $1.04 billion while that in Baidu Core declined by 3% to $2.94 billion.