BB&T Corp (BBT) posted Q3 adjusted profit per share of $1.01 and revenue of $2.95 billion, which beat consensus views. Analysts had predicted the banking firm to post earnings of $1 per share. GAAP earnings increased to $789 million, or $1.01 per share, versus $597 million, or $0.74 per share, in the prior-year period. Higher revenue and lower expenses helped the company report a better-than-expected profit. 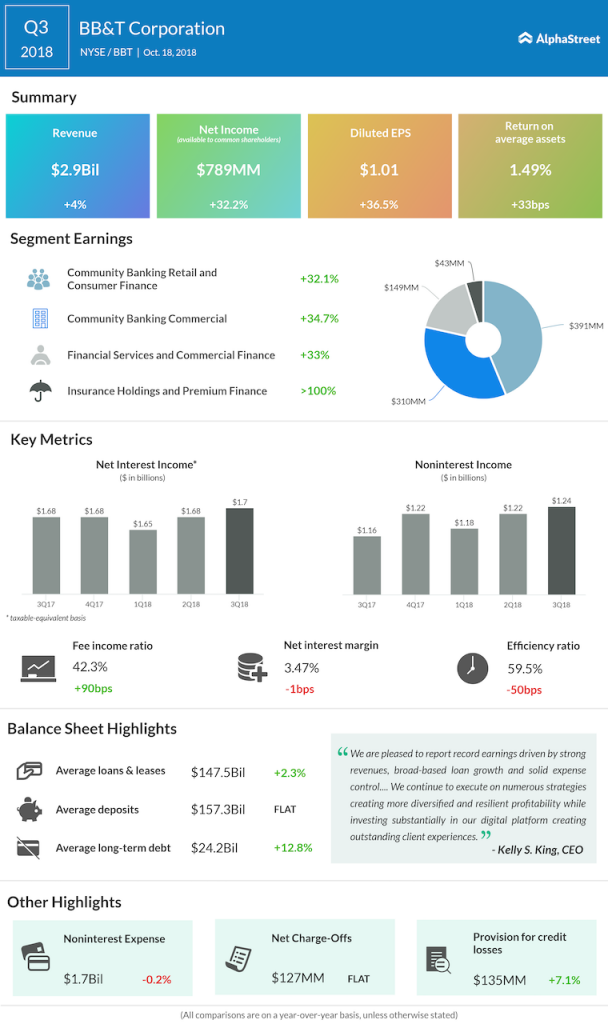 Net interest income increased $26 million year-over-year, driven by loan growth of 5.8%. Noninterest income growth of $73 million in the recently ended quarter was led by insurance income, which benefited from the Regions Insurance acquisition as well as organic growth.

For Q4, BB&T forecasted noninterest income to be up 2-4% and expenses to be up 1-3% compared to the fourth quarter of the prior year.

Shares of the Winston-Salem, North Carolina-based bank holding company closed Wednesday’s trading session up 1.32% at $47.71 and continued the positive momentum on Thursday’s morning session. Since the beginning of 2018, the stock had dropped 4% and it had gained 3% in the past 52-week period.