Big Lots Q3 earnings preview: Focus is on costs and Store of the Future initiatives

Big Lots (BIG) is set to announce its third quarter numbers on December 7 before the market opens. Analysts forecast the discount retailer to report break-even earnings on revenue of $1.14 billion. The company had guided Q3 EPS to be in the range of income of 4 cents per share to a loss of 6 cents per share and comparable sales to grow in the range of 2% to 4%. 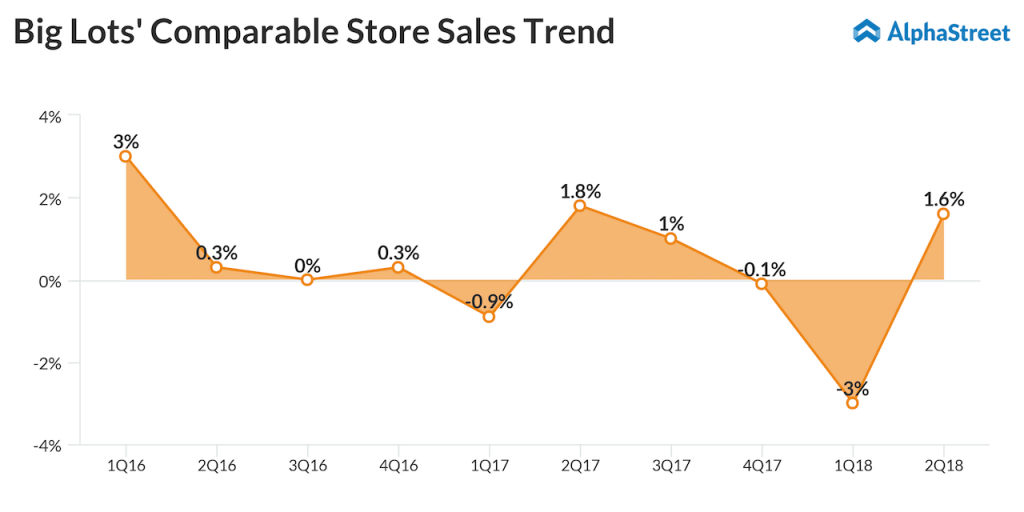 With the completion of approximately 120 stores of remodeling up to Q3, the company expects its sales to increase in Q4. Big Lots also plans to remodel over 200 stores in 2019.