Boeing (NYSE: BA) is scheduled to report its earnings results for the second quarter of 2019 on Wednesday before the market release. The aircraft maker will take a charge of $4.9 billion related to the 737 Max airplane grounding and associated delivery delays. The charge will hurt revenue and pre-tax earnings for the second quarter by $5.6 billion.

The commercial jet aircraft market and the airline industry remain extremely competitive. Boeing has been facing aggressive international competitors who are intent on increasing their market share, such as Airbus and other entrants from Russia, China and Japan. The commercial aircraft market is predominantly driven by long-term trends in airline passenger and cargo traffic, and market conditions have a significant impact on the demand of commercial aircraft. 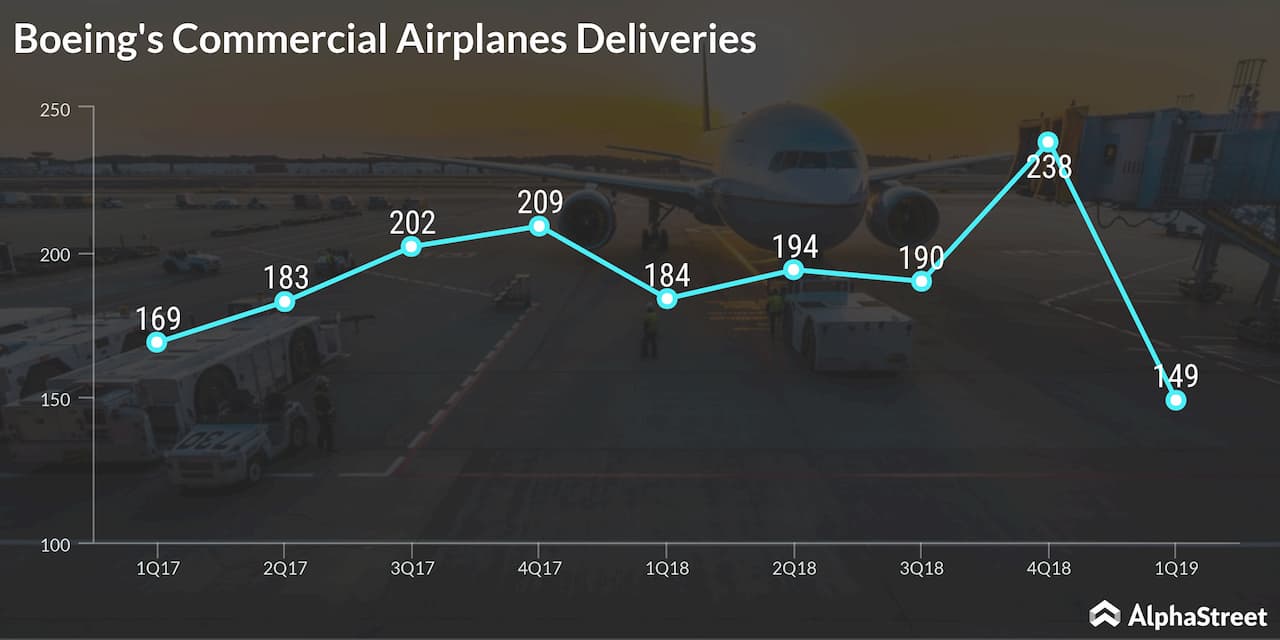 Boeing continues to seek opportunities to lower the costs of building aircraft, including working with its suppliers to reduce supplier costs, identifying and implementing productivity improvements, and optimizing how to manage inventory. The company’s backlog, which is converted into revenue in future, at March 31, 2019 was $486.85 billion. The company expects about 33% to be converted to revenue through 2020 and about 76% through 2023, with the remainder thereafter.

The credibility of the company has been questioned after the two fatal crashes that resulted in the grounding of the 737 MAX jets across the world. Ever since last month’s deadly crash, airline carriers have been cutting orders for the aircraft that was touted as the most advanced model ever built by Boeing. Boeing continues to work with civil aviation authorities to ensure the 737 Max’s safe return to service.

Boeing’s estimated costs to produce the aircraft in the 737 accounting quantity increased by $1.7 billion in the second quarter, primarily due to higher costs associated with a longer than expected reduction in the production rate. The increased 737 program costs will reduce the margin of the 737 program in the second quarter and in future quarters.

The company is expected to meet increased funding requirements by issuing commercial paper or term debt in the event of commercial aircraft financing commitments and others including impacts related to the 737 Max grounding. The company believes its ability to access external capital resources should be sufficient to satisfy existing short-term and long-term commitments. As of the end of the first quarter, Boeing had a total debt of $15.81 billion while it had total cash of $7.73 billion.

Analysts expect the company’s earnings to plunge by 46.80% to $1.77 per share and revenue will dip by 21.20% to $19.12 billion for the second quarter. In comparison, during the previous year quarter, Boeing posted a profit of $3.33 per share on revenue of $24.26 billion. The company has surprised investors by beating analysts’ expectations thrice in the past four quarters.

For the first quarter, Boeing reported a 13% decline in earnings due to lower revenue, lower 737 deliveries as well as timing of receipts and expenditures. Revenue slipped 2% year-over-year. During the quarter, Commercial Airplanes delivered 149 airplanes and the production rate for the 787 increased to 14 airplanes per month.