Canadian Solar (CSIQ) shares fell after the company reported the second-quarter earnings and revenue that failed to meet the consensus estimates. The company posted earnings of $0.26 per share on revenue of $650.6 million. The company also cut its outlook for 2018.

Shares of the company fell about 5% in the early trading hours. However, the stock recovered after the market opened, but still continued to trade in the negative territory.

Dr. Shawn Qu, CEO said, “Our second quarter revenue was affected by the deferral of several project sales as well as an industry wide lower average module selling price. The solar policy change in China effective on May 31, 2018, has caused a significant disruption in China, and the global solar industry.” 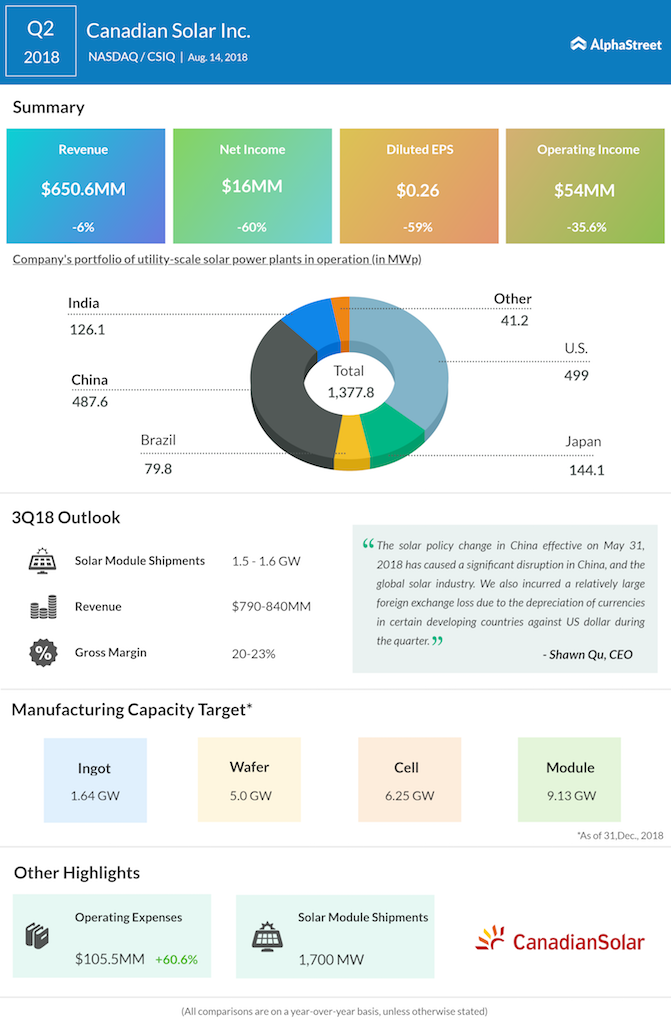 “The revision of our annual guidance is in-line with the broader industry and mainly reflects the expected reduction of shipment volumes to the Chinese market in the second half of the year, as well as the expected lower solar module average selling price,” said CEO Shawn Qu.