After ending 2018 on a positive note, energy exploration company Chevron (NYSE: CVX) will be reporting first-quarter earnings Friday before the opening bell. Analysts’ consensus earnings forecast of $1.36 per share for the quarter represents a 28% decrease from last year. The bearish view reflects an estimated decline of about 2% in revenues to $38.4 billion.

The oversupply of liquefied natural gas and the recent drop in oil prices could weigh down on the results. On the positive side, the strategic investments in North America, especially in the Permian area and New Mexico, have positioned the company to achieve its production goals. The management is planning to triple production in the next five years, encouraged by the record oil and gas production reported in the region. 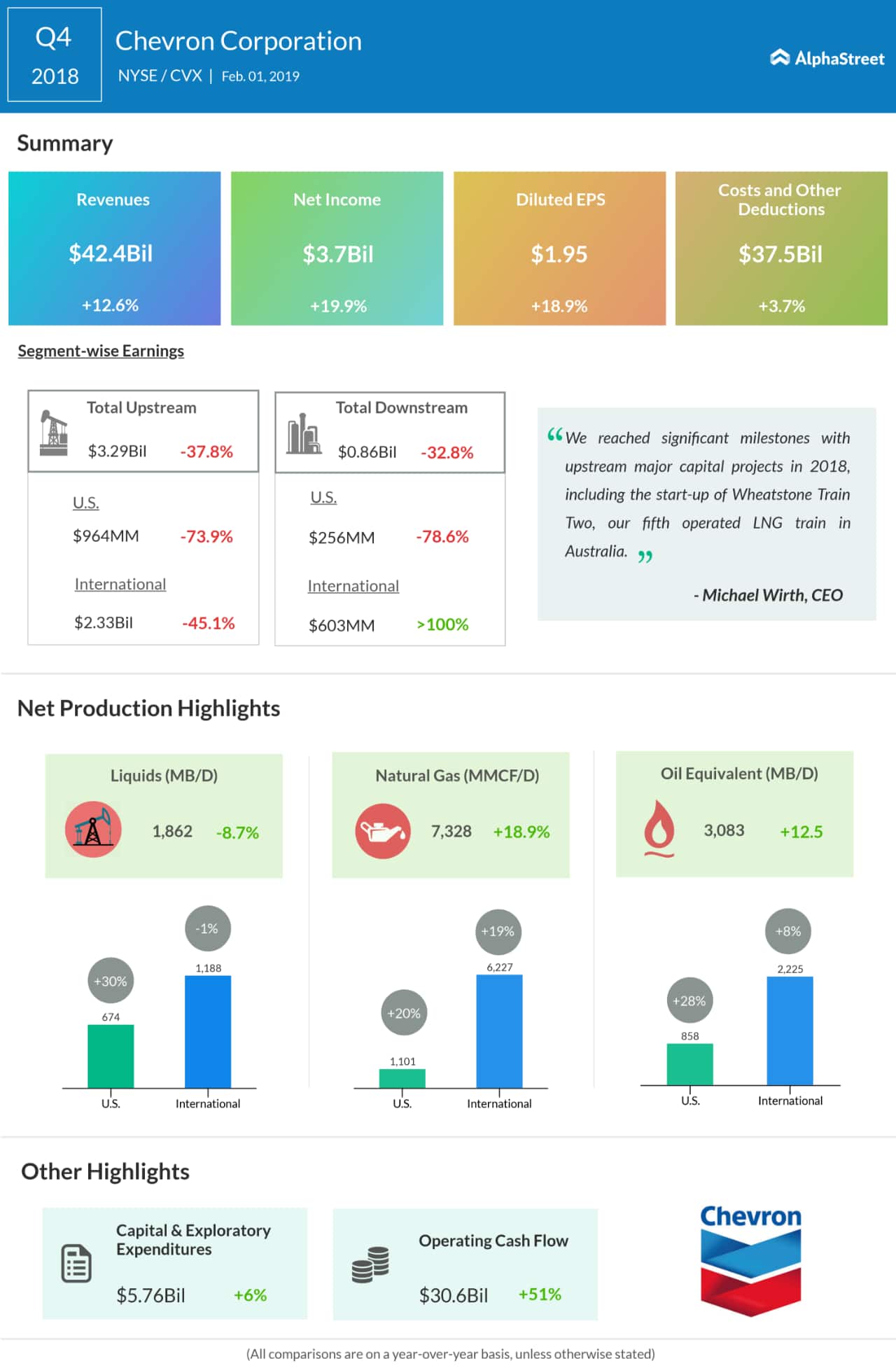 While Chevron’s previous acquisitions were well received by investors, the market’s response to the decision to purchase Texas-based Anadarko Petroleum (APC) has been less upbeat. Following the announcement, the stock had dropped sharply earlier this month.

The successful investments in North America, especially in the Permian area and New Mexico, have positioned the company to achieve its production goals

According to analysts, the ongoing slump in shipping and chemical businesses remains a cause for concern for oil and natural gas companies. Meanwhile, the recovery of oil prices and improving refinery margins could help the sector in the longer term.

A sharp uptick in operations outside the US lifted Chevron’s fourth-quarter revenues by 13% to $42.4 billion, driving earnings up by 19% to $1.95 per share.

Coinciding with Chevron’s earnings release, energy giant Exxon Mobil Corp. (XOM) will be unveiling its March-quarter numbers on Friday morning, with estimates pointing to a decline in earnings. Last week, Schlumberger (SLB) posted a 20% fall in first-quarter profit, hurt by a slump in North American activity.

The company’s shares have been on the recovery path after slipping to a one-year low towards the end of 2018. Though the stock moved up around 7% so far this year, it lost momentum in recent weeks and is currently trailing the larger market.