— Revenue plunged by 25% to $556 million versus $544.88 million expected. The results were hurt by the weak steel prices in the US, which the company believes to be temporary. 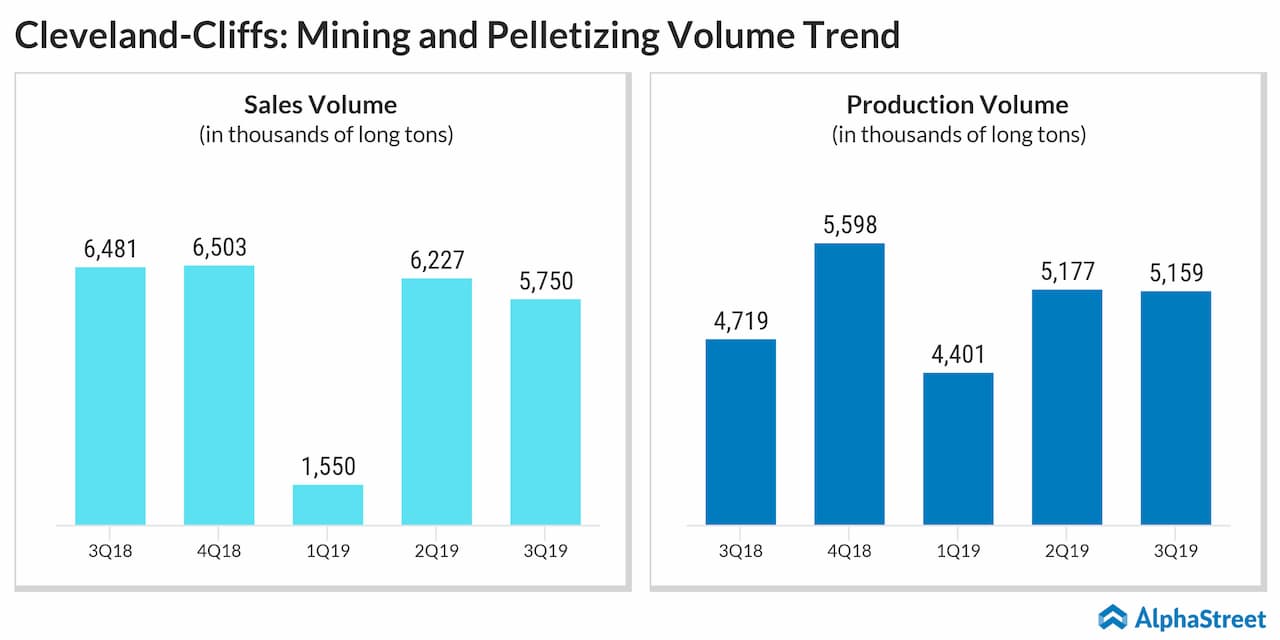 — Realized revenues dropped by 9.5% to $95.65 as results were negatively impacted by an unfavorable true-up of previously sold volumes due to lower pellet premiums and HRC prices.

— Looking ahead into the full year 2019, the company lowered its sales volume expectation to 19.5 million long tons from the prior estimate of 20 million long tons. This was due to seaborne export economics and timing.

— For 2019, total capital expenditures are now predicted to be in the range of $625 million to $675 million compared to the previous forecast range of $650 million to $700 million.